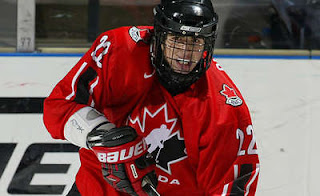 Ethan Werek wins his first award after a stellar week where he scored 4 goals and added 2 assists in 3 games for Kingston. Werek, a native of Goodwood, ON has 24 goals and 46 points in 50 games sitting second in Frontenacs team scoring. He represented Canada East at the 2007 World Jr. A Championship. Werek is a hard working player who shows great patience with the puck.

Collin Bowman is the WHL nominee after recording 2 assists and a plus-4 rating in 4 games this week. The native of Littleton, CO is in his third season with Kelowna and has posted a career high 19 points from the blueline in 53 games so far this season. Bowman is a big-body defenseman who is strong on his skates and has good reach. 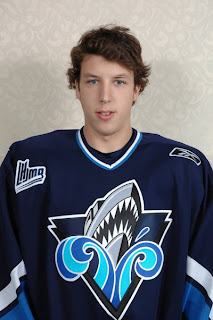 Jordan Caron takes the QMJHL draft performer of the week after notching 5 goals in 3 games for the Oceanic. The 6’ 2” Centre has 29 goals and 18 assists in 43 games this season, his third with Rimouski. Caron is a well rounded player who is effective at both ends of the ice and plays in all situation. The Oceanic are hosting the 2009 Memorial Cup this May. 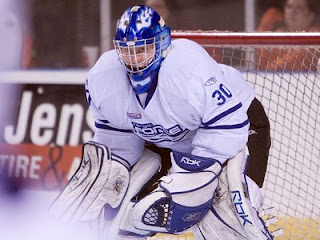 Goaltender Mike Lee wins the USHL award after a week that saw him register wins against Lincoln and Green Bay. The rookie netminder also played in the USHL All-Star game last Wednesday. The first year goalie now has 17 wins against 12 losses and a 2.58 Goals Against Average. Lee, a native of Rosseau, MN plays the angles well and has shown in Fargo that he is able to make the big save when necessary. Lee will move to St. Cloud in the NCAA.
Posted by Guy Flaming @ 2:30 AM