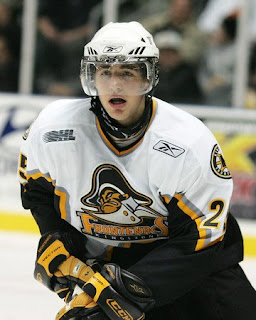 Hello everyone, my name is Ethan Werek and I’ve been asked to write a blog leading up to the draft.

I’ll start off with a little background information about myself. I’m from Goodwood, Ontario which is a small hamlet about an hour north east of Toronto (assuming there is no traffic). I started playing hockey in Stouffville but I played my minor hockey with the Toronto Marlies in the GTHL and spent last season with the Stouffville Spirit of the OPHJL. This season, I play for the Kingston Frontenac’s of the OHL. Kingston is a great town about three hours east of Toronto. I also attend Queen’s University where I’m taking Politics.

This year our team has struggled and we have found ourselves on the outside of the play-offs and in the basement of the O, but we’ve been playing some better hockey of late, beating teams like Ottawa, London and Brampton. 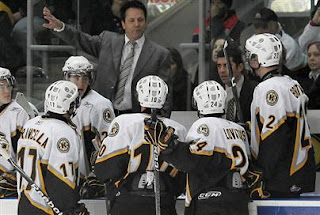 In November our team had a coaching change that made some big news by hiring hockey legend and local Kingston boy, Doug Gilmour. It was amazing to have Doug, or as many refer to him as “killer” on the ice with us teaching us the game that he played for 20 years at its highest level.

At a recent Toronto Maple Leafs game, Doug Gilmour was honoured by the hanging of his number at the ACC. That night, all of our team members were in attendance courtesy of Mike Zigomanis of the Pittsburgh Penguins and a former Kingston Frontenac.

This past weekend we had three games and had one of our best weekends taking 2 of the 3 games. Thursday we travelled down the 401 to Oshawa to play then Gen’s. We started off slow, down two goals, but rallied and took the game 4-2. The next night we were back in Kingston to play Niagara who are one of the top teams in the east. We played hard and took that game as well 4-2. We had Saturday off so I enjoyed the day with some of the boys at “all you can eat sushi” and a movie. Sunday we played Kitchener at home. We started off slow, but played them hard: however we fell short with the score being 3-2. All in all we had a pretty good weekend and hopefully we will continue to play well with only 10 games left this year.

Next weekend we’re at home on Friday playing Peterborough and then we hit the road to play Sarnia on Saturday, then London on Sunday. I believe the game Sunday will be on Sportsnet.

Until my next report, have a good one.

Ethan Werek is ranked 24th overall by International Scouting Services (Feb '09) and 43rd in North America by NHL Central Scouting (mid-term rankings). The 6.05' and 191 lbs forward currently has 26 goals and 51 points in 56 games this year with Kingston. He recently made his first appearance on The Pipeline Show on February 17th.

It was great hearing your interview. It is nice to hear someone speaking so articulately about his passion, for a change. Hope to hear from you more often.