Right now there isn't a European in the top 10 of CHL scoring, but a quick glance at the rookie scoring leaders and several imports lead the way. Having said that most teams don't succeed without a successful "Euro" and with that The Pipeline Show presents 5 players to watch for in this summer's CHL Import draft. 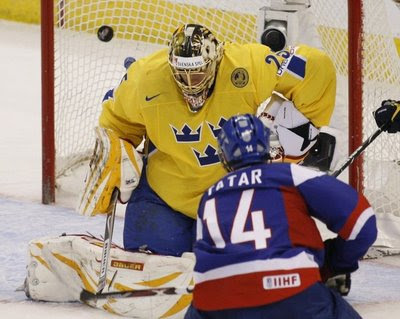 Tatar was easily the most dynamic Slovakian at the World Junior Championship in Ottawa this year, piling up 7 goals and 4 assists in 11 games. He certainly caught the eye of my co host Guy Flaming with his superior skills and flare for celebrating.

We at TPS thought he might have been show boating a little, but after speaking with Oilers prospect, and Tatar WJC teammate, Milan Kytnar, we came to find out he's not a hot dog and just "didn't know what to do for celebrations." At 5.11 and 170 pounds, Tatar is being projected as a late second round pick right now for the upcoming draft, but should be a top 5 pick in the import draft, especially if he shows a willingness to come overseas and improve his game. A conversation with his countrymen Kytnar might help to sway him. 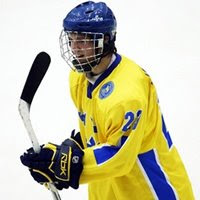 A versatile forward who can play both C/LW who is projected to be a top 10 pick in this June's NHL draft. However he might be a risk reward type guy for a CHL team. He might stay in Sweden until the WJC, then bolt for Canada, much like Mikael Backlund did recently, joining Kelowna. (By the way Backlund is scheduled to join Guy and myself tonight on TPS) Backlund's reason for leaving his home country was a lack of playing time. Josefson suffered a similar fate during the WJC in Ottawa where he failed to register a point. The 6.00 187 pound pass first player is strong on the puck and very smart, and could turn an average player into a sniper. The Rockets picked up Backlund 43rd overall in 2007, so watch for a team to take a chance on Josefson. 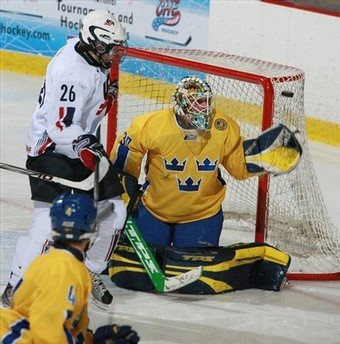 Last year a Swedish netminder was the 3rd pipeman to be taken, as Florida snatched Jacob Markstrom with the first pick in the 2nd round. This year history could repeat itself as Robin Lehner is projected by ISS to be a 2nd rounder and the 3rd best goaltender available. The sweet stats on this Sweede are his size. He's 6.03 and 200 lbs, and reportedly moves extremely well. Lehner is said to have a never quit attitude who has the ability to win games by himself. There are a number of CHL teams who could use a stand out tender, including next year's Memorial Cup hosts, which could be the carrot dangled in front of him that gets him across the pond. 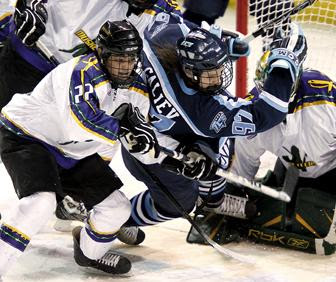 The first of 2 Russians on the list, and guy who's already used to the North American game. Galiev is currently with Indiana of the USHL where he's racked up 18 goals, 23 assist for 41 points in just 39 games. At 6.01 and 182 lbs the slick forward can dangle with the best of them and as a sizzling shot. Right now he's a top 20 pick for 2010, and I'd be shocked if he didn't jump to the CHL next year where he would get more exposure than the always improving USHL. Galiev could be the 2nd player picked even though a guy like Magnus Svensson-Paajarvi is a better prospect, there is a greater chance that Galiev will play in the CHL. 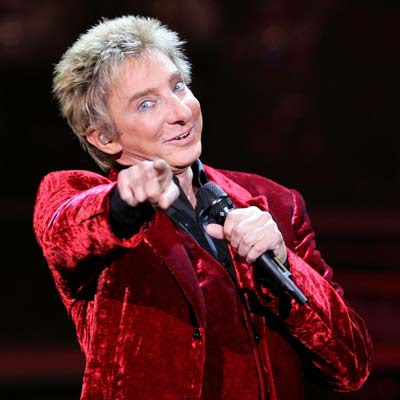 Affectionately dubbed, "Copacabana" by TPS, Kabanov impressed me at the World Junior A Challenge in Camrose this past November. More so for his passion than his talent, even though his passion/temper landed him in hot water with the referees and his coach. The 6.03, 176 pound Left Winger who's a right handed shot, notched 3 goals, 4 assists and 12 penalty minutes in just 4 games for a very young Russian squad. It's not the first time he's dominated the point and penalty minute sheet in an international tournament either. At the 2008 World U-17 tournament, Kabanov had 11 points in 5 games to go along with 28 penalty minutes. Can dominate a game with his all world skill and will challenge Taylor Hall to be the first overall selection in the 2010 NHL entry draft. Will want to up his draft stock and that will come by jumping to the CHL.

You can here the November interview TPS did with Kabanov, where he basically told us there was a CHL bidding war for him here.

Tonight on TPS we're all over the map starting with Boston University goaltender Kieran Milan. The Edmonton product led his Terriers past rival Northeastern in the final of the Beanpot tournament with 23 save performance in a 5-2 win. From there we hope to speak with Springfield Falcon forward Ryan Stone whom the Oilers picked up in the Mathieu Garon trade with Pittsburgh a few weeks back. We'll find out how Stone is adjusting to Springfield where life has not been fun lately. Stone played junior hockey in Brandon, the same league as the Kelowna Rockets (okay it was a cheap way to mention the Wheat Kings) where Mikael Backlund is trying to lead the Rockets deep into the playoffs. So far so good for Backlund who has 13 points in 13 games for Kelowna who has clinched a playoff spot, hasn't lost in their last 9 regulation games, and could sneak into 3rd in the west. Finally from the WHL we'll check out the USHL where 2009 draft prospect John Moore plays for the Chicago Steel. The USHL is an underrated league that is starting to produce a large number of NHLers. You can catch the show live from 7-9 PM mountain time on the TEAM 1260 in Edmononton, or online around the world at http://www.thepipelineshow.com/. But as Guy likes to say, if you miss it live, click the archive.
Posted by Dean Millard @ 3:00 AM