Is Sutter Shuffling Back To Red Deer? 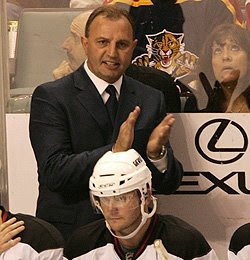 An interesting article in the New York Post from Saturday says that Brent Sutter might not be long for New Jersey and could return to B.C, Alberta. Yes it did say B.C, Alberta. I'm sure it was a typo and the writer does know that B.C. and Alberta are provinces in our fine country. You can read the full story here. 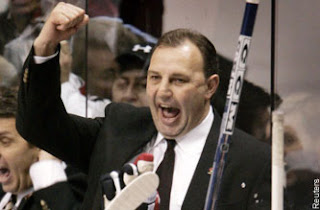 Here's the Cole's notes on the story: Sutter gave a no comment type answer to the question about him coaching the Devils next year. He reportedly misses his family. Has one more year on his contract. Could one day take over from 66 year old Lou Lamoriello as G.M. some day. 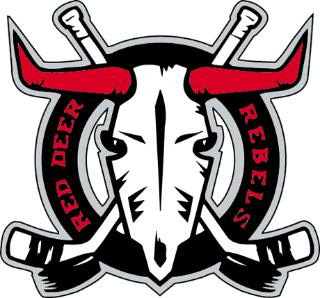 I spoke to someone close to the Rebels today who told me he wasn't surprised by the story, but doesn't think it will be next year. I was told Brent has a tremendous passion for junior hockey, in particular the Rebels. He really enjoyed his time around the team before the NHL season started this year, and returned to Red Deer during the NHL all star break getting the chance to catch a few games. Sutter apparently watches every Red Deer game online. My source thinks sometime in the near future the 2 time Stanley Cup and 3 time Canada Cup champ as a player and Memorial Cup winner as a coach will return to Red Deer (maybe as soon as the 2010-1011 season) but as the General Manager only, as current head coach Jesse Wallin is doing a fine job rebuilding the Rebels. 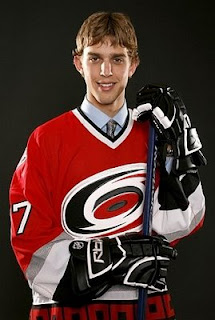 What could complicate matters though is if Sutter is offered the G.M. post in Jersey. As for his family, I have no doubt he does miss them, however his oldest son is attending University in Calgary, his middle son Brandon is playing for Carolina, and his daughter is close to finishing High School, so in a few years there won't be any kids on the farm, and his wife Connie would be free to join him wherever he is coaching.
Posted by Dean Millard @ 12:52 PM

The NY Post is a joke for anything that has to do with the Devils, and I would not be surprised if Everson has no idea that Alberta and BC are two different provinces. As you can see, he can't find anything negative to write about the Devils, so this story, full of speculation of what Sutter "is believed" to think based on the "rumble" among "NHL team officials," is the best he could think of. It happens every year when the Devils are in the middle of a winning steak.

Please see this post by The Record's Tom Gulitti, who provides clarification on Sutter's comment: http://njmg.typepad.com/devilsblog/2009/02/sutter-theres-nothing-to-respond-to.html . Rich Chere of the Star Ledger reported the same.