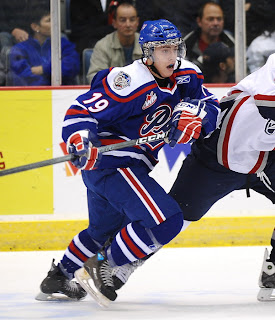 These are guys who, during their draft years, really interested me. They still do and I like to follow their progress on a more than regular basis, admittedly it's partly because I've been able to select all of them in my own fantasy keeper league.

Millard likes to call them my "man-crushes", that those players have likely put restraining orders out against me or something. That's fine because anyone who has ever played for, was born in or has even practically heard of Brandon has done the same to him already.

Anyway, it's a year before his draft and it's safe to say that there's another player who has made it to my short list. To be honest, he made the list in the fall of 2007 when I saw him play in the Oil Kings first mini-tournament in St. Albert.

Of course I'm talking about Jordan Weal of the Regina Pats.

I recently spoke at length with Jordan Weal for a One on One interview for Hockey's Future. That finished article was released yesterday as part of HF's ongoing "Beyond Tomorrow" series which you can read HERE. 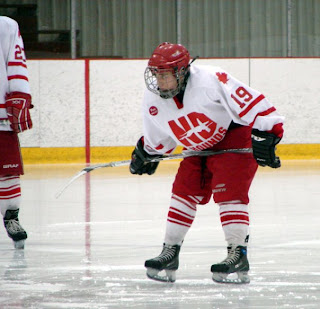 In this job I get to speak with a lot of players at many different stages in their careers. One day I'll get the chance to speak with Shane Doan and the next it'll be some baby-faced 16-year-old from Swift Current.

I've spoken with a lot of those teenagers and most of them are still getting used to dealing with the media and you can hear the nerves in their voice or sometimes the signs are visible.

Weal is one of the select few who already has a professionalism about him. He's not on the same level as Tyson Sexsmith, Braden Holtby or Matt Keetley when I first spoke with them but they weren't 16 at the time either.

Weal has personality, he clearly has talent and even though as media we're not supposed to "cheer", I have to say I'm rootin' for him.