Send them Back for Memorial Cup runs 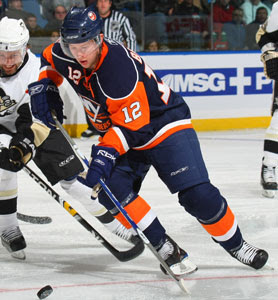 Here's an open letter to a few NHL teams, namely the New York Islanders and Minnesota Wild. The Islanders are battling it out for John Tavares to play with Kyle Okposso and Josh Bailey and the trio could be deadly for years to come. But this year Garth Snow should send Bailey back to Windsor. I'm not aware of a rule that says a player can't be returned to junior after the trade deadline (if I'm wrong let me know) Bailey would get the chance to go deep into the playoffs and possibly the Memorial Cup with the CHL's #1 team. 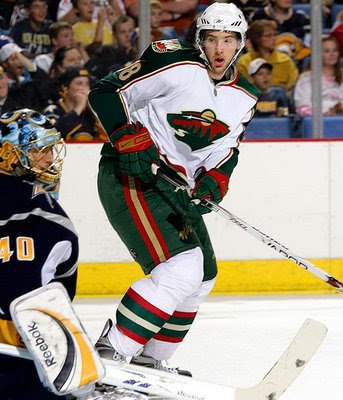 I think the Minnesota Wild should do the same with Colton Gillies, but in Doug Risebrough's defence, the Wild is in a playoff chase right now. The Saskatoon Blades could seriously use his muscle and presence, especially after the Calgary Hitmen tooned them in the other night on Rogers Sportsnet. The Hitmen now lead the Blades by 20 points in the WHL's Eastern conference and right now look like the favorites to represent the WHL at the Memorial Cup in Rimouski. There might be others who should be sent back to junior if their clubs are looking like they could make a run.
Posted by Dean Millard @ 12:30 PM

There is actually a deadline for sending players down to the Junior ranks and it's discussed in Article 13.12(j) of the CBA.

"A Player may be Loaned to a club of any league affiliated with the League at any time up to 3:00 p.m. New York time of the fortieth (40th) day immediately preceding the final day of the Regular Season (the "Trade Deadline"). Following this period only the Player or Players who have been Recalled during such restricted period under Article 13.12(l) or 13.12(m) may be Loaned back to the member club of the affiliated league from which they were Recalled."

My brain hurts from reading that...

So the trade deadline day is the deadline for trades, signing UFA's and for sending players back to junior... is that what all that meant?

Yes. Emergency Recall is the only apparent exception to that rule.