Last night on The Pipeline Show...

We began the program with a bang. Matt Gilroy is a 24-year-old senior with the Boston University Terriers and is being followed by NHL scouts who want to get his under contract next month much the same way Fabian Brunnstrom was pursued this time last year. 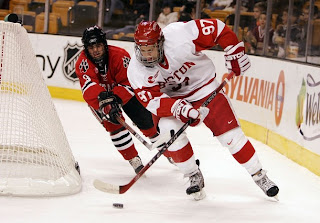 Gilroy's story is extremely interesting including chapters that could be called "Why I Turned Down the NHL", "No scholarship, no problem!" and "Tribute to Lost Brother". Last night Gilroy talked about it all but we still had time to talk about the NCAA national Tournament and winning the Hockey East title too.

From there we couldn't connect with Dave Starman so Dean and I decided to go through our respective NCAA Hockey National Tournament brackets. We'll post them here before the tournament starts on Friday just so we have documented proof of our prognosticating prowess. 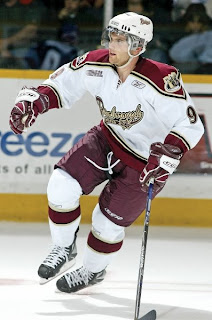 It was then time for another monthly installment of the ISS Draft Countdown where head scout Mike Oke joins us to discuss the newest release from Internation Scouting Services. Last night we discussed teamless Kyle Palmieri, The World U18s, Cape Breton netminder Olivier Roy, Zach Kassian (pictured) of the Peterborough Petes and Brandon forward Scott Glennie.

We also chatted with Edmonton Oil Kings GM Bob Green. We talked about the team's plight in their series against the mighty Calgary Hitmen, got updates on some key injuries and discussed the stellar play of netminder Torrie Jung and if there was optimism he may return as a 20-year-old. Green also gave us some insight into the WHL's Bantam draft which will be held in Edmonton for the next several years. 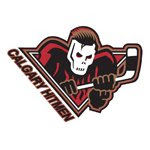 Finally we ran some exclusive interviews with a handful of Hitmen including 50-goal scorer Joel Broda, defencemen Paul Postma and Alex Plante as well as 100-point man Brett Sonne.

If you missed it live, you can click the archive... HERE!