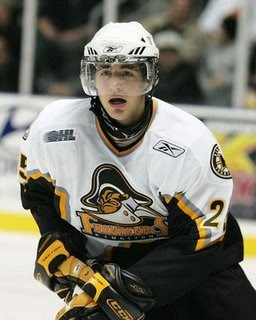 Ethan Werek is final regular season draft performer of the week after scoring 3 goals and adding 5 assists for Kingston. Werek, a native of Goodwood, ON is in his rookie season in the OHL and finished the season with 32 goals and 64 points in 66 games. The 6’ 2” Left Wing is known for his strength and work ethic. Werek is guest blogging for TPS heading into the 2009 draft. To read more click here. 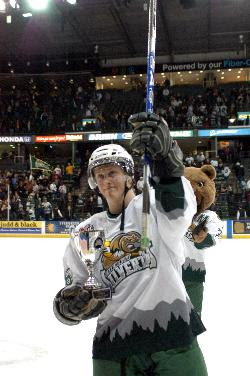 Kellen Tochkin had a strong week to wrap the WHL season with 2 goals and 3 assists to finish his first full campaign with 20 goals and 74 points in 72 games. Tochkin, a native of Abbotsford, BC is known for his speed and offensive ability despite his small stature.

David Savard makes his first appearance as QMJHL draft performer of the week after posting 2 assists this week for the Moncton Wildcats. Savard has had a stellar season on the Wildcat blueline posting 9 goals, 44 points and a plus-29 rating while playing in all 68 games this year. Savard is known for his physical play and has gained confidence with the puck as he matured. 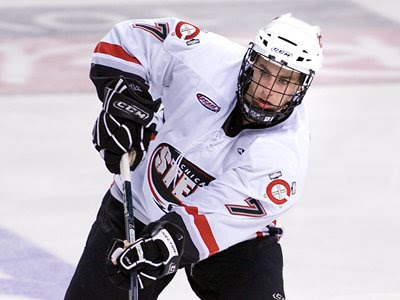 John Moore bookends the regular season as both the first and final nominee from the USHL. Moore had a goal and 2 assists along with 8 shots on goal in 2 games for Chicago. Moore has 14 goals and 36 points on the year to sit third in defenseman scoring. The native of Winnetka, IL is the top ranked USHL defenseman for the upcoming draft and is known for his ability to play a physical game as well as move the puck effectively. Moore is also a guest blogger for TPS. See below for his latest entry.

David Savard is so good, he is the MVP of the moncton wildcats