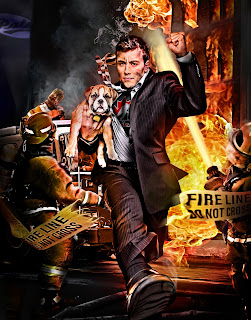 The Regina Pats may be done for the year but Jordan Eberle still wants to play. The Oilers 1st round pick is at home in Calgary awaiting word that a deal has been worked out so that he can head East and join the AHL's Springfield Falcons for the rest of their season.

The problem is, as Jim Matheson reported yesterday, that the Oilers are once again up against the wall in terms of NHL contracts they can had out. While an amateur tryout deal wouldn't count against that rule, I was told earlier today that it was an entry level deal that the Eberle camp was seeking.

You can't get blood from a stone though so an ATO is all that Eberle can reasonably hope to get... for now. That doesn't mean he can't be signed ASAP this summer once some player agreements come off the books though and that might be part of the ongoing negotiations occuring right now.

Eberle headed back to Calgary once the Pats' regular season ended and has been fighting off a flu for the last few days, although he tells me that he's now back healthy and ready to go.

"I just want to get something done so I can go and play some hockey," Eberle told me at lunch time from Cowtown.

An agreement has yet to be finalized but that doesn't mean one isn't in the process of being completed - just that it isn't quite yet. Oiler fans who were hoping to see Eberle in Falcons silks this weekend will have to wait a bit longer, not tonight when Springfield hosts the Manchester Monarchs, but perhaps in time for tomorrow's contest against Hartford.

Stay tuned as an announcement could literally happen at any time. The Oilers want to get it done, Eberle wants to get it done... all that's left to do is GET IT DONE.
Posted by Guy Flaming @ 1:11 PM