Each week, International Scouting Services (ISS), Sports Management Worldwide (SMWW), Hockey Now, and The Pipeline Show recognize the Top Draft Eligible player from each of the WHL, OHL, QMJHL, & USHL leagues for the upcoming 2009 NHL Entry Draft based on their play over the course of the week. Players are nominated and the selected by graduates of the SMWW Hockey GM & Scouting with one of the winners appearing each week on The Pipeline Show. 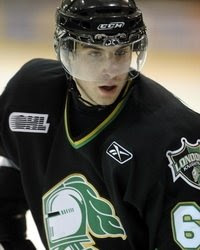 John Tavares is this week’s winner after setting the OHL’s career goal scoring mark with 215 goals in four seasons, surpassing the previous record of 213 with a hat trick against Windsor on Sunday. Tavares, the favourite to be the first pick in the approaching draft scored 6 goals and 10 points this week, as well as 32 goals and 50 points in 23 games since being traded to the Knights.

Linden Vey grabs this week’s nomination after scoring 2 goals and adding 5 assists for the Tigers. Vey currently sits second in team scoring with 24 goals and 46 assists in 69 games. Vey is highly ranked amongst WHL forwards for the upcoming draft and is known as a player who competes hard night in and night out. 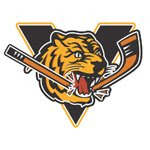 Andrej Nestrasil is this week’s QMJHL winner after scoring 2 goals and adding 2 assists in 2 games for the Tigres. This is Nestrasil’s second nomination as draft performer of the week. With 20 goals and 55 points on the season, Nestrasil is second on the team in points in only his first year in the QMJHL. Nestrasil is strong on his skates and handles the puck well low in the offensive zone. 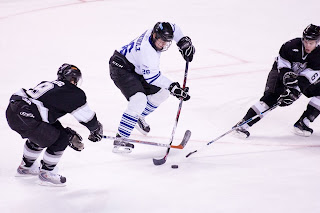 Josh Birkholz is another multiple winner after scoring 5 goals and 7 points in 3 games including a 4 goal game versus Chicago in an 8-1 win on March 6. Birkholz is in his first season in the USHL and is third on the Force in scoring with 19 goals and 14 assists. The 6’ 1” native of Maple Grove, MN uses his strength well and is a good puck mover.