No you're not losing your mind, it's still Tuesday but with the show being a day earlier this week... well figure it out. 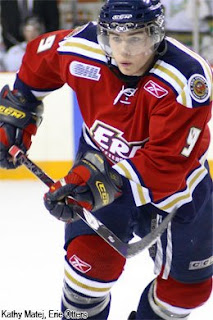 Last night on The Pipeline Show we began with this week's 2009 Prospect Performer: Ryan O'Reilly of the Erie Otters. Simply judging by stats and the 6', 205 lb frame... Millard wondered out loud whether O'Reilly might be compared to former Brampton Battalion forward Raffi Torres. That's one we'll throw out to those of you who have seen both play as juniors - you tell us!

From Pennsylvania we moved West to Wisconsin in order to fulfill a requested player interview. Montreal fans were asked a few weeks back to pick a prospect that they would like to hear more from and they chose 2007 1st round pick Ryan McDonagh. The Badgers blueliner was a fantastic interview, one both Dean and I considered to be one of the best of Season 4. 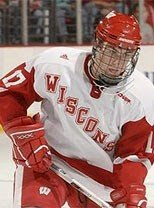 Our entire second hour was dedicated to the WHL playoffs. We were joined by Cam Moon, voice of the Red Deer Rebels, and his Regina counterpart Rod Pedersen. Those two 'Dub insiders helped us breakdown the 1st round matchups in the Eastern Conference including tonight's pivotal 1-game series between Edmonton and Prince Albert.

To help us tackle the Western Conference we brought in Allan Bristowe of PGTV, better known as the newest blogger here at 'Coming Down the Pipe!'. Bristowe went on and on (and on) about the P.G. Cougars but found enough time to put his homer goggles away when making his predictions.

You can hear what Moon, Pedersen, Millard, Bristowe and Flaming came up with for 1st round predicitons plus our guesses for WHL Conference champs and Memorial Cup representative... or wait another day when we add A.J. Jacubec's picks to the mix after the Raiders/Oil Kings tilt tonight.

You can hear the complete March 16th edition of The Pipeline Show, conveniently cut into segments, by visiting the archives HERE.

And feel free to make YOU'RE WHL playoff predictions in the comments section below... in fact, we demand it!
Posted by Guy Flaming @ 3:37 PM