Now that the Regina Pats season is officially over, the Jordan Eberle watch is on. The Oilers would like Eberle to join their AHL affiliate in Springfield for the remaining 12 games of the season. The Falcons could use an offensive boost as they've lost their last 2 games in the shoot out. But they do have points in 3 straight games. 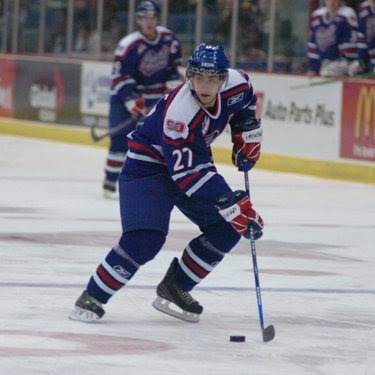 The only reason Eberle isn't on a plane right now, is contract negotiations. However I've been told getting a deal done shouldn't be a problem. I exchanged messages with Eberle today, and he's pumped about getting a shot at pro hockey, telling me "he gets to keep playing." It's a good sign of a motivated player, who could just put his feet up after a terrific season and wait for training camp in the fall, but wants to keep improving. Eberle will be heading to Springfield red hot with 7 points in his final four games, including a hat trick on a team that had nothing to play for. 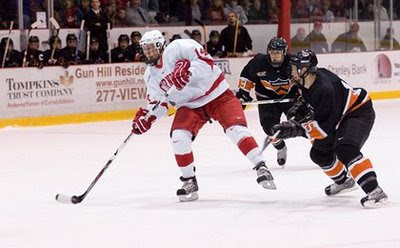 I'm sure the Oilers would also like to get 2007 first round pick Riley Nash in a Falcons jersey before the end of the season as well, but Cornell could still qualify for the NCAA tournament. As I've written before I see no point in Nash returning for his 3rd season with the Big Red, and like Cody Wild did last year, should finish the season in the AHL, should Cornell fail to qualify for the big dance.

Nash would be more of an impact player at the AHL level than Eberle IMO. However I wonder if he's willing to call it quits at Cornell, I've never heard anything other than he wants to stick around at Cornell, but that would be a very welcomed change in approach.