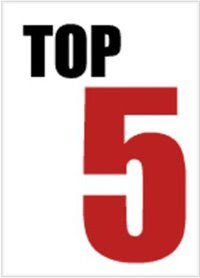 The NHL trade deadline can be a stressful time for most players as they worry about having to uproot their families and head to a different city. For some though... a trade might be just what the doctor ordered to get a new lease on their hockey life.

Here's 5 guys we think would benefit from a trade because the future doesn't look bright where they are: 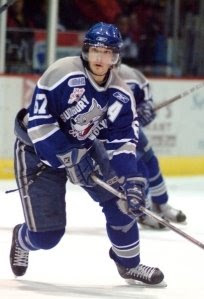 Taken 4th overall by Minnesota back in the Crosby Lottery draft of 2005, Pouliot was considered to be a bit rough around the edges but just scratching the surface of incredible potential. So far he's been a disappointment with the Wild and only pretty good on the farm. In the three seasons since leaving Sudbury for the pro game, Pouliot has appeared in 51 NHL games and has 14 points to his credit. At 6'3 and nearly 200 lbs he's got good size and the skills are obviosuly there but perhaps he'd benefit from moving to a team that is more willing to live with mistakes defensively as long as the offensive creativity is present. No one has ever confused Minnesota with being anything but a defence-first organization. 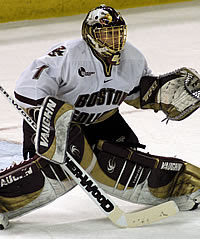 His brief 8-game NHL stint this year was a disaster but with only 5 losses in 28 AHL games, the former Boston College keeper is proving that he's a goalie to watch for. Schneider's biggest problem is that he's got one of the best goalies in the NHL ahead of him in Vancouver. It's a great problem to have if you're the Canucks but it's got to suck for the almost 23-year-old who knows he'll never get to play as long as Roberto Luongo is around. It might not be the best thing for the Canucks to trade him but for Schneider and his NHL career... clearly it would. 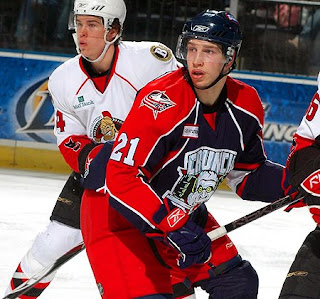 2004 was one of the first drafts where I was able to really view a lot of the players in person during the season leading up to that June and Picard was a guy I liked from the first time I saw him. It was at Canada's summer WJC camp in Calgary and the first thing that stood out was his hunched over skating stride that was an exact replica of Ryan Smyth. Picard looked pretty much like a can't miss kid and I wasn't surprised at all when the Blue Jackets took him inside the top 10. Since then it's been crazy for the former Lewiston Maineiac. Really average numbers on the farm in Syracuse and only 2 points in 58 NHL games, it's not hard to imagine Columbus being willing to toss him into any sort of package at the deadline. 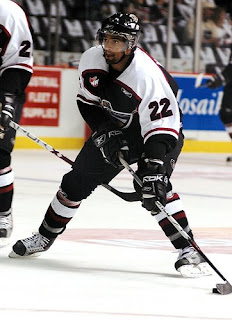 Like I said on Monday, this is a guy that it's very hard not to cheer for. I actually think he'd be an interesting fit here in Edmonton where there are obviously holes on the left wing. McArdle has speed, size, toughness and at the junior level he could carry his own weight offensively. He's also best friends with Gilbert Brule so there is some instant chemistry there too. As a pro he's really struggled with injuries; a broken jaw and ankle last year kept him to just 36 games. He appears to have been passed by others in Rochester so the Panthers might find him to be expendable now. 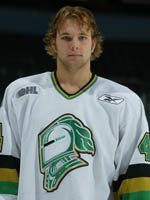 No doubt about it, the most hotly debated prospect in Edmonton over the last five years is losing ground to others in the system. The Oilers have a number of players his size that aren't hampered by the lack of the one trait the organization covets -speed. He's produced well in the AHL, enough that another NHL team might be willing to give him a chance that the Oilers don't seem to be either willing or able to do. Moving him to another organization might be healthy for Oilers coach Craig MacTavish too who earlier this season revealed that he was obviously fed up with the questions and the attention that Schremp generates.
Posted by Guy Flaming @ 4:14 PM

When I saw the headline I knew Schremp would be 1st. Your right. I don't see him having a future with MacT. Maybe if a coaching change is made in the offseason. Otherwise they need to get something for this kid before he's allowed to walk as a FA.