NCAA Should be Embarrassed

Welcome to NCAA hockey where you can absolutley choke in the playoffs and still potentially become National Champions!

Dean had a terrific post on this same subject last night and at the risk of adding nothing new I felt compelled to chime in with my own rant .

"Selection Sunday" was yesterday and the 16-team national tournament bracket has been set. For those who aren't well versed in the process south of the border, here's a really basic overview (die-hards correct me if I go wrong).

There are 6 Conferences in NCAA hockey, most hockey people you ask would say that 3 of them are very, very good... 2 are generally pretty bad and one is somewhere in between. The teams play a season consisting mostly of games against teams in their own conference but have a select number of "non-conference" games as well. The non-conference games have zero impact on conference standings but do play a major role in "the pair-wise rankings" which is a beast to try and explain so here's a link to USCHO where you can educate yourself.

Anyway, let's stick with the conferences for a minute. You play the regular season to establish the seeding for the year-end Conference tournament, the opening round of which is normally a best-of-3 series. The teams that survive the first round then play the following weekend in single-game elimination semi-finals and a final game to determine a Conference champ.

The WCHA Conference actually has 5 teams surviving the opening round, the bottom two then have a mid-playoff "play-in" game to get into the semi-finals. Sound confusing? It is. Why they don't just have 8 teams making the playoffs like normal... ah, but that would make sense. 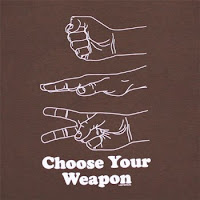 Most of the Conferences crown a champion and decide a third place team by having the two semi-final losers play each other. Think of that as the bronze medal game. Hockey East apaprently doesn't feel it's important enough so Boston College and Northeastern are left to settle the debate using the old standby of rock-paper-scissors.

Even more perplexing; St. Lawrence and Princeton actually did play a third place ECAC Conference game but it ended in a tie! Someone tell me what the hell the purpose was for even playing it if you weren't going to play until someone won it??

The 6 Conference tournament champions automatically qualify for the even more important NCCA National Tournament. 16 teams will make up the bracket so there are ten other teams that get an "at large bid". But get this but of stupidity - the 10 teams that qualify don't actually get there based on their performances in the playoffs but on how they did during the regular season! This is where the old "pair-wise rankings" come into play.

As a result, you get teams like New Hampshire and Vermont getting into the big tournament with a chance to become National Champions while UMass-Lowell and B.C. are done like dinner. What's wrong with that you ask?

Heading into the Hockey East Conference playoffs, Vermont and New Hampshire were 3rd and 4th seeds and had home ice advantage in the first round; UMass-Lowell was 5th and had to play on the road, ironically against Vermont, while Boston College faced UNH.

New Hampshire and Vermont were promptly swept and Boston College and UMass-Lowell continued on to the the semi-finals. Boston College lost a hard fought 3-2 game to #1 Boston University while UMAss-Lowell knocked off #2 seeded Northeastern in an exciting last minute comeback, overtime winner. UMass-Lowell then narrowly lost to BU in the title game by a 1-0 score.

As it turns out, UMass-Lowell was that one goal away from getting an autobid to the National tournament as Hockey East champs but lost and now they, and B.C., are somehow done for the year in favor of two teams that choked in the playoffs including ones that they themselves beat! Oh and get this... UNH now gets to play their regional series AT HOME!

On what planet does any of that make sense?

"I'm sorry UMass-Lowell and Boston College but just because you were better than Vermont and New Hampshire in the playoffs, when it counts, you can't get into the big dance. Afterall, they were better than you in November." 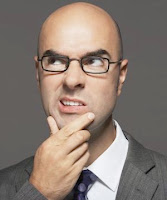 Here's another example of NCAA insanity: Minnesota-Duluth wins the WCHA championship on the stength of a semi-final shutout over North Dakota and another blanking of Denver in the final yet aren't the #1 seed out of their conference??? Listen, The Pipeline Show has made some friends in Denver over the years and it's become a program we like a lot but come on... Duluth just spanked your ass in the biggest game of the year and therefore deserve to be ranked ahead of you and every other WCHA team that qualifies for the National bracket. Simple as that.

Wisconsin won the WCHA third place game - the bronze medal - yet they don't get into the big dance either.

In the CHL, if the Calgary Hitmen (ranked #1 in Canada) somehow lose their opening series to the Edmonton Oil Kings, the CHL isn't going to say "Golly gee Calgary, you really blew it in the playoffs but you were so good all season... don't worry about it. Here's your ticket to the Memorial Cup."

That obviously would never happen because it makes zero sense.

You also can't possibly finish at the top of your graduating class if you fail your final exam.

Don't get me wrong, both Dean and I really, really like NCAA hockey. Afterall, there's a reason we dedicate a segment on our show every week to NCAA hockey and as far as we know, we're the only ones north of the border who do that. This isn't a criticism of quality of play or anything else, we just take issue with how the big tournament is set up.

On behalf of the UMass-Lowell River Hawks, the Boston College Eagles, the Wisconsin Badgers and thinking hockey fans everywhere... to the NCAA brainiacs who came up with this horribly flawed sytem, The Pipeline Show gives you two big thumbs down.

But hey... you had a great November so apparently you're off the hook!
Posted by Guy Flaming @ 3:15 PM

yea your right....In fact, your so right, in the nhl they should have single game eliminations at the end of the season to decide who gets into the playoffs and who doesn't. just throw the other 80 some games out the window as is basically suggesting here. Hell, why play a season at all as those games shouldn't mean anything. I think the author of this blog should be embarrassed

You've got ALOT to learn about how the PWR and NCAA tourney systems work. One of these days, I'll try and explain it all to you in the simplest terms as possible. Ok?

Hey Anonymous, if that indeed is your real name. Why should Guy be embarrassed, atleast he used his real name in posting. When you get to the playoffs you do throw the regular season, which is 82 games by the way, out the window save for home ice advantage. When the Oilers knocked off Detroit in round one in 2006, the Wings didn't get a second chance. Don't even bother with playoffs at all if you're basing it all on regular season. Just finish the year, pick 16 teams and play the tournament. Or let's play marbles to decide the 16...not marbles? How about jacks...or drawing names from a hat, makes about as much sense to me than not basing the tournament teams on playoff finishes. Once again I guess the Canadian hockey system and NHL has it wrong.

@ Anonymous: "in the nhl they should have single game eliminations at the end of the season to decide who gets into the playoffs and who doesn't. just throw the other 80 some games out the window as is basically suggesting here."

I clearly said that the regular season should set up the playoffs...

@ DJ - please, educate me here. I asked for NCAA gurus to tell me if/when I explained something wrong in my really general overview so if I was off on something, please tell me where.