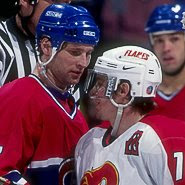 These 3 guys are all pint size players who did and are doing great things in the NHL. St. Louis is 5.09 and is a past Stanley Cup champ and Hart Trophy winner, Buffalo's Derek Roy who stands 5.08 scored 32 goals and 81 points last year and is one his way to another 30 plus goal season right now, and Theo Fleury won a cup with the Flames, and racked up 1088 points in 1084 games, while playing a bigger than his 5.06 height. Here are 5 vertically challenged players for the upcoming draft who could emulate the above 3 and other small players who are rising above the short comings others might think will keep them down.

5. Chris DeSousa-5.09, 191 pounds-Niagra-OHL
DeSousa has proven he can score with 33 goals in 67 games this year for the Ice Dogs. Last year he had 23 in 64 games. The left winger is a shoot first ask questions and pass later type of guy with only 18 assists this year but he's not afraid of tough areas. DeSousa racked up 100 plus penalty minutes for the second straight season. DeSousa has fast hands and can dart into open areas giving him space to light the lamp. ISS doesn't have him ranked in their top 195 for this June, but Martin St. Louis wasn't drafted either after 4 playing 4 years of NCAA hockey with Vermont. 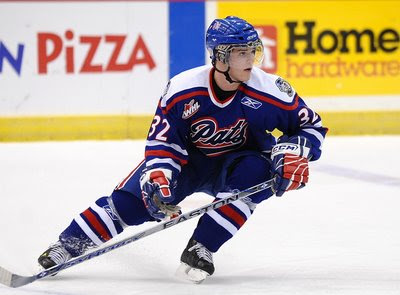 4. Garrett Mitchell-5.10, 180 pounds-Regina-WHL
He doesn't score a ton of points, just 5 goals and 10 helpers in 71 games with Regina this year, but he's as tough as nails and makes it hard for the other teams top players. Mitchell played on a line with a couple of Europeans this year and by all accounts was the protector with 140 penalty minutes. The hometown Regina product fought 9 times last year and 14 times this year. While 2008 first rounder Jordan Eberle and 2010 draft prospect Jordan Weal get most of the attention when people think of Regina you can bet other WHLers can remember games against Regina because of Mitchell's hard checking style. ISS has the good skater ranked 90th for this June.

3. Toni Rajala-5.09, 163 pounds-Ilves-Finland
Once thought to be a top ten pick for this year's draft, Rajala didn't exactly light it up at the World Juniors in Ottawa. He did shoot alot leading Finland with 23 shots, but finished just twice adding one assist in 6 games. But let's remember he was a young player in a 19 year old tournament. Rajala has terrific speed, a great shot but some say he's to much of a perimeter player. Rajal has split this year between the top Junior A team in Ilves Tampere where he was a point per game player and the senior team. Some say he's the most talented Fin in years. ISS has his ranked 39 which could make him a second round steal.

2. Kyle Palmieri-5.10, 190 pounds-No Where
Palmieri is a very interesting prospect. He was a member of the U.S. National program until getting kicked off a few weeks back. Some say it had to do with an issue while in Sweden for a tournament. So for now, Palmieri waits for the NHL draft and hopes that not playing right now won't hurt him. One scout told me he doesn't think it will, as they've seen him play already. But you have to wonder about why he was kicked off and if his reputation takes a hit from it. TPS spoke to Palmieri while he was a member of Team USA, you can here the interview here. As for his on ice play, Palmieri has been compared to Zach Parise which should make every NHL team thinking of passing on him because of his size reconsider. ISS has him ranked 21st. 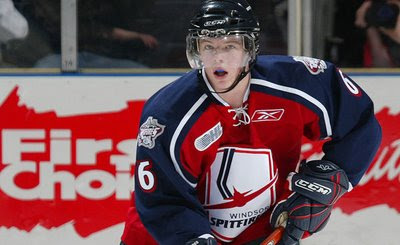 1. Ryan Ellis-5.09-183 pounds-Windsor
Hockey Canada took an extra blueliner to the World Junior Championship because they weren't sure about Ellis could play a regular shift. Their fears were dismissed pretty quickly though. Aside from running the power play extremely well, Ellis was so strong positionally that he didn't become a liability. He's a fantastic skater and his shot looks like it's coming from a guy who's 6.04. Ellis was key in Jordan Eberle's tying goal against Russia doing a great job keeping the puck in at the point. His 22 goals and 89 points in 59 games with Windsor were 3rd among draft eligible players in the CHL behind only Evander Kane and John Tavares. Some think he could turn into a Brian Campbell type player. ISS has him ranked as the 4th best defenceman and 13th overall.
Posted by Dean Millard @ 3:13 PM