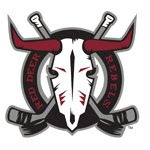 That's just a sample of the victorious cheers heard from the Red Deer dressing room after they stole a 2-1 victory over their hosts at Rexall Place on Sunday afternoon.

The Rebels played two consecutive games against the Oil Kings this past weekend and knew they could seriously disrupt the second year franchise and their quest for the WHL post season. I spoke with injured Rebels forward Cass Mappin prior to Sunday's game and he made it quite clear that Red Deer had embraced the spoiler role and had every intention of throwing a wrench into the works.

Sunday's game held several parallels to the night before in Red Deer - the Oil Kings were mostly outplayed and out hussled through the first 40 minutes but were somehow able to score the first goal. It wasn't pretty and if the WHL used instant replay it probably wouldn't have counted either as Edmonton's loan lamp lighter appeared to have been kicked into the net by forward Brendan Dowd.

Things really got interesting early in the third period just after Edmonton failed to convert on a power play. Red Deer drew a penalty and had a man advantage opportunity of their own and sure enough, capitalized to even the score.

For the next several minutes it was clear that not only was reality setting in for the Oil Kings, that they'd lost the lead and were in danger of losing more, but the Rebels could smell blood in the water. Red Deer stepped up their game and were rewarded with the eventual game winner as traffic in front of goalie Torri Jung prevented him from seeing a pass to an open winger near the goal mouth who slammed the puck into a gaping net.

So the end result is that Edmonton will travel to Prince Albert for a one game, winner takes all contest to see who claims the 8th and final playoff position. It will be a Tuesday tilt which can be heard live on TEAM 1260 starting at 7 PM.

The game that night also means a change on schedule for The Pipeline Show as we'll go 7-9 PM on Monday this week instead. (Here is this week's guest list)

The Oil Kings won both games this year in Raiderville but this will be a completely different monster. 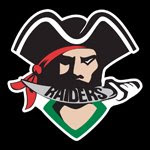 Only two Edmonton players have any playoff experience and it's a grand total of 4 post season games(Dowd 3 and Jung 1). One could argue that the team has struggled under the immense pressure this past weekend and it's not going to get any easier between now and Tuesday night.

Head coach Steve Pleau addressed the media after game 72 and you can listen to his comments HERE.

Tuesday night will be Edmonton's third chance in four days to claim that final playoff spot. After a pair of swings-and-misses on the weekend, a third strike in P.A. and Edmonton will be out.
Posted by Guy Flaming @ 12:13 AM