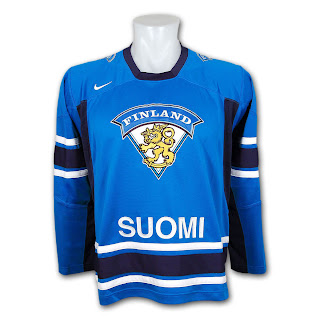 We continue our team by team preview series here with 2 more countries today. Already we've explored Latvia, Denmark, Slovakia and the Czech Republic. Now it's time to dig into the Fins.

1. He ain't heavy he's my brother - It's amazing to think that had he not been injured last year Mikael Granlund would be suiting up for a 4th time in this tournament. It was obvious they missed him last year losing to Russia in the Quarter finals. But as good as Granlund is, Finland hasn't won a medal with him on the roster. The Minnesota Wild first rounder in 2010 was leading the elite league before joining the national team and looked to have some nice chemistry with his brother Markus, a Flames prospect in their first pre tournament game against Canada. Markus will be making his first WJC appearance but has led Finland in U18's before, as a captain last year and offensive leader with 10 points in 6 games. His older brother is captain for Finland this year and will look to add to the 13 points in 12 WJC career games. 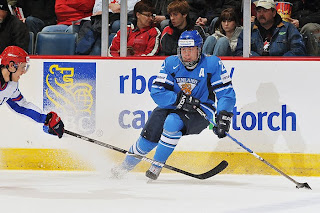 2. Joel Armia - He's the biggest Finnish forward at 6.04 and will have to be a pest in front of the net for Finland to be successful. The Sabres first rounder, 16th overall last year, will also need to pick up his play from last year's tournament where he netted just 1 assist. Armia will rely on his U18 experience where he was exceptional for the Fins.

3. Olli Maatta - He's young (3rd youngest on the team) but might not believe that after watching him play. Maatta is eligible for the 2012 draft but already has a year of the World Junior Championship under his belt. Maatta plays with London of the OHL regularly and plays in all situation with the Knights. It will be no different with Finland as he could be their top rear guard in all situations. He's mobile, big and plays a smart game.

Aleksander Barkov - The second youngest player in the tournament could be a crowd favourite. He will become the youngest Finnish player to ever play in the tournament, adding more milestones to his resume. Earlier this year he became the youngest player to score a point in the Finnish Elite League. Barkov's father is of Russian decent and played many years for Russia, he's also a coach in the KHL right now. Barkov could make an early statement for the 2013 draft with a strong performance and could take some heat off the Granlunds and Joel Armia.

Expectations: Despite their last medal coming in 2006, a bronze, the Fins still expect to medal every year. I'm not sure they're worried about what colour it is.

Predictions: I like the Fins this year. Michael Granlund could lead the team in scoring and their goaltending looks to be very good. Bronze medal.
Posted by Dean Millard @ 6:00 AM