Oil Kings to join the cast of Glee??? 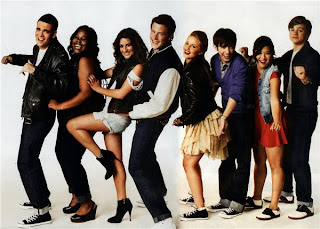 The hit show Glee, (which happens to air on Global Television), should be extending a guest host invitation to the Edmonton Oil Kings veterans. If you've been a to a game lately (which if you're a hockey fan you should have by now) you will have seen the rookies on the big screen with their versions of classic Christmas songs.

Now the veterans have gotten into the Christmas spirit. The video evidence after the jump and really, you have to see this.


This team really is talented, they've managed to squeeze in a 10 game win streak with a performance that should win them some kind of award.

Bravo to Klarc Wilson for such a smooth intro and the players for getting into it. 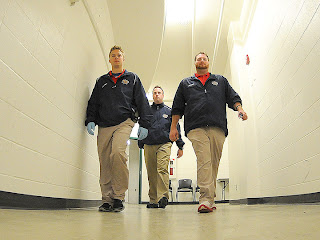 I'm told the production was the brain child or equipment guru Rogan Dean, whom you can follow on twitter @R_Dean, as well as trainer Brian Cheeseman @b_cheeseman. Mitch Sharma, the team's community coordinator was also in on the planning.

The team should be even more entertaining Saturday night when the Hitmen roll into town after taking on Regina as part of Sportnet's CHL Friday night double header.

Maybe it's in honour of the team's 10-game winning streak, but tickets are 10 bucks and it's teddy bear toss night, so a great cause wins out no matter what. 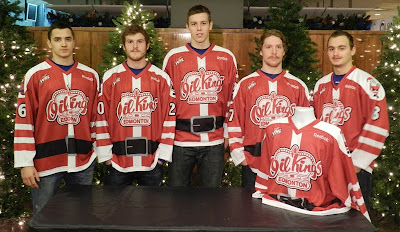 The team will be wearing some cool Christmas themed jerseys as well that fans can get their hands on with the proceeds, like the bears going to Santa's Anonymous. All the details are on the club's website. www.oilkings.ca I'll be disappointed with a crowd smaller then 10,000.

By the way you can hear the game with Corey Graham and my regular co-host Guy Flaming with the call on the TEAM 1260. Guy has promised me a history making call when the Kings score their first call and it start's 'raining stuffed animals'. Can't wait Guy!!!!

Lastly, we told you about the goal call that the Oil Kings are using. "Barbara Streisand" by 'Duck Sauce'. Well, we received an email from an apparent fan who wanted to wish the Oil Kings luck during their current winning streak. So from her to the team: 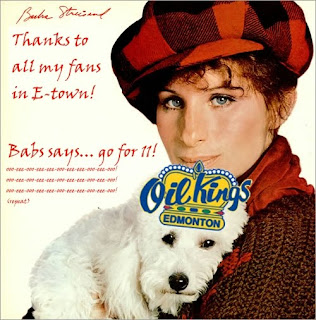