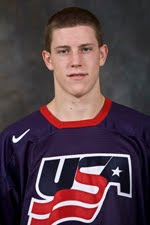 This morning the rumors started to spread that Boston University sophomore Charlie Coyle was going to leave college and join the Saint John Sea Dogs. The Boston College Hockey Blog wrote on Thursday that it appeared the Terriers star forward was leaving and that "Coyle is gone mainly for flunking in school", an allegation that the player has vehemently denied to TPS.

With Team USA arriving in Edmonton on Friday, both Dean and I planned to meet the team at the airport and with this news coming out this morning, it gave us just one more reason to do so.

Oddly enough, Dean (there for his TV gig with Global) , an unknown local newspaper reporter and myself were the only media who apparently knew USA was flying in so the opportunity was right for a candid one-on-one. Which is what I got with Coyle.

The first American player to arrive was Ottawa 67's forward Shane Prince. He was soon followed by a number of teammates and I briefly spoke with a number of them about the upcoming WJC for use on our radio show this Saturday. I spied Coyle among the group of players and as they came over to meet the tournament welcoming committee. I let him know that I wanted to chat with him once he'd loaded his gear on the team's bus and he said no problem.

I spoke first with Plymouth Whalers forward J.T. Miller and then Nick Bjugstad of the Minnesota Golden Gophers. While talking with Miller I spotted Coyle return to the meeting area but he'd walked off by himself with his phone attached to one ear. Clearly headed to a more private part of the terminal. 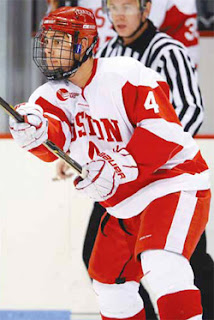 I met with defenceman Adam Clendening (right) who is not just a teammate of Colyle's but his roommate as well. After discussing USA's arrival into Edmonton and the anticipation of the World Junior Championship our conversation changed gears and I asked him how things are at BU these days.

I mentioned the recent departure of Corey Trivino and about the news of the day that Charlie Coyle might also be leaving and asked the defenceman to comment on the situation for the Terriers.

"I really don't have a comment on Corey," Clendening began, "Even with Charlie, it's pretty much new news to me. I read the article on the plane as we waited to taxi off but I really don't know the truth about that either. I'm his roommate and he tells me that he's not going anywhere but I don't know."

"I'm still in shock on both things so I'm really not sure of what to say or what to do." 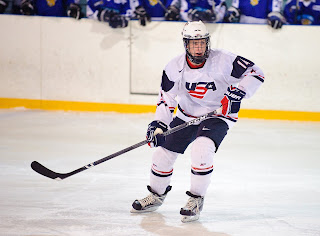 Done my conversation with Clendening I turned to find Coyle who was patiently leaning against a pillar waiting. I've chatted casually with him in the past and of course he's been a guest on TPS a few times over the last couple of years. We exchanged pleasantries and spoke briefly off the record about the situation to find out first off, if the rumors were true and whether he could even discuss them. Fortunately, he told me that he had just been given permission to talk on the record about it, clearly what his private phone conversation was all about, and so we began.

I asked him to explain how he had arrived at the decision to leave BU for the CHL.

"I did make the decision to go to the Q and play for Saint John. I'm leaving BU," he confirmed, "It's not for any academic reasons, I'm not failing or any of that stuff. It's just that, frankly, I just want to focus on hockey right now and pursue my NHL career; 100% towards hockey and just leave the school part behind."

"No part of it was me failing or anything like that; I loved my time at Boston University, the coaches the teammates, I'm definitely going to miss it but it's a decision that I think I have to make and I made it."

He'd indicated to me that this was something he and the school had hoped to keep quiet until after the tournament but that was something he knew would happen't once the whispers had started. 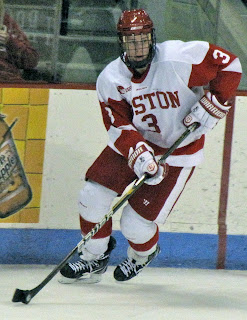 "It's never a good time to leave my team like this, I feel bad but it's something that I have to do," Coyle explained, "I wanted to wait until after [the WJC] but it leaked out so I have to be up front about it right now and be honest about it and so that's what I'm doing."

I asked if he knew whether he would head straight to Saint John from the tournament or if it was too early to know for certain.

"I think I'll probably fly back home for a day or two and maybe pack my things to go but for the most part I'm focused on this tournament," he said.

I wondered if staying in a WJC frame of mind was going to be a challenge considering the rest of his life was changing completely.

"I have a pretty level head, you have to just throw that aside and when people bring it up I'll have to say that I'm focusing on [the WJC] and that's what I'm going to try to do," he said, "It's off my plate now."

Dean then joined in having wrapped up his TV interviews and made a strategic suggestion to Coyle for in that he may want to go a bit easy on Jonathan Huberdeau on New Year's Eve considering they'll be teammates in Saint John after the tournament.

"I know of some of the guys who play for Saint John so it will be interesting to play against them, it will be fun and a great experience," laughed Coyle.

Another future teammate in Saint John is Zack Phillips who may also be a NHL teammate one day as both he and Coyle are property of the Minnesota Wild. I asked Coyle if he'd spoken yet with Sea Dogs head coach Gerard Gallant or anyone else with the organization.

"We've made some contact with them just to go over things but for the most part I'm focused on this tournament and we'll deal with that when the time comes."

Dean then asked what Minnesota's role has been through this process and if there was talk about potentially signing on with them to join their AHL affiliate in Houston or perhaps with the big team.

"There's been communication obviously but they would never tell me what to do," Coyle said, "They'll support whatever my decisions are and this decision that I made, they're going to back me. Maybe I'm not ready for [pro hockey], I don't know yet, but it was my decision to go to Saint John and that's what I'm sticking with." 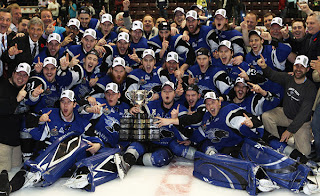 There is no question that Coyle's arrival in Saint John will make a team that is already considered a Memorial Cup contender that much more so. The Sea Dogs won their first ever national title last year and are well positioned to get back to the party as the other QMJHL team along with Shawinigan.

I will say that at some points in our discussion, especially in regard to leaving school, Coyle appeared to me to be struggling for the right words. He mentioned that he hadn't even had a chance to inform anyone on the team including Clendening who, as mentioned earlier, was his roommate.

I may just be reading too much into it but his body language and the look in his face indicated to me that the weight of his decision was just sinking in for him. Remember, just minutes before our discussion, things had not be settled so he hadn't even prepared how to talk about it with the media.

While we spoke, it appeared to me that reality was hitting him. We may have been the first ones to talk to him about it, but at the same time the understanding was in his eyes that if this was news even in Edmonton, over 4000 KM (2600 Miles) away, it was going to be big news back home.

The team hung around the airport for over an hour as they waited for other players and coaches to arrive. I had written on Twitter that I could confirm the news and as I saw that post explode in re-tweet after re-tweet I knew that he would be hearing about it too. I saw him scrolling on his phone and we laughed about the immediate reaction it had generated.

I told him I was getting a lot of people reacting to his statement that academics were not an issue for him and that the basic reply on Twitter from fans and other media were basically "uh huh, sure it's not". 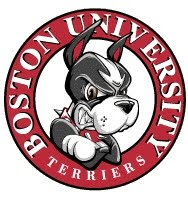 He reiterated that schooling was not an issue and pointed out that he hadn't even written his exams yet. In the end, it was clear to me that this is a player that is simply exhausted with trying to balance education and performing on the ice at a high level.

He chuckled when I informed him that his familiar #3 is currently not being worn in Saint John.

Perhaps his timing is questionable and that an off-season move would have been better for coach Jack Parker and the BU Terriers but in the end, the player has to make the decision for himself and that's what has happened here.

On TPS we've always argued that there are players who should go the college route and that there are those who aren't meant for it. Clearly, Charlie Coyle is of the latter category.

You can hear this conversation with Coyle Saturday morning on The Pipeline Show, likely in our first segment beginning at 10AM MST (Noon, EST).

On a side note: I found out later in the day that there were four QMJHL teams in pursuit of Coyle's services. I had mistakenly thought that his rights were held by the Sea Dogs but apparently the Victoriaville Tigres, Memorial Cup host Shawinigan Cataractes and the always shopping Quebec Remparts had expressed interest as well.
Posted by Guy Flaming @ 9:00 PM

Nice picture of Coyle in a BU jersey. I took it in his first game as a terrier