Hockey Canada spent the wee hours of the third morning of WJC camp breaking hearts as they trimmed their roster from 42 to 35. Three defencemen and four forwards got the bad news on Tuesday, the remaining players will take on a mixed-CIS team tonight with the final cuts coming on Wednesday.


Jerome Gauthier-Leduc (BUF) is one of the leading defensive scorers in the entire country but didn't make the grade. He now returns to Rimouski. 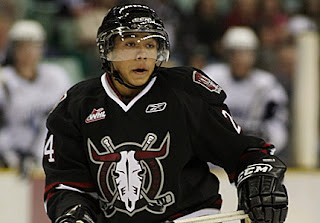 2012 draft eligible Mathew Dumba was returned to the Red Deer Rebels. It wasn't the year for Dumba who captained the summer Ivan Hlinka team, but surely he will be a cornerstone on the club next year if he's not tied up in the NHL.

A bit of a surprise was Brendan Kichton (NYI) of the Spokane Chiefs who showed well in the Red/White games. His terrific pass to Devante Smith-Pelly was a thing of beauty and resulted in one of the very few goals thus far in the camp. 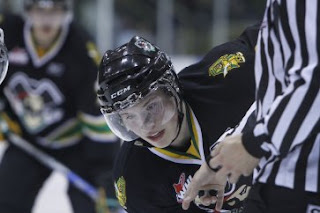 Up front, big Mark McNeil was also thought to have done enough to survive until at least Wednesday. It's good news for the P.A. Raiders but many, including me, had McNeil penciled in for a roster spot before camp started.

Kootenay will welcome back Max Reinhart and Brandon will do the same for Michael Ferland, both were considered long shots to stick with the club.

With the center position the one most up for contention, it's odd to see Zack Phillips dispatched back to Saint John so early.

All four goalies will play tonight, two for the CIS team. 11 defencemen remain, that will be chopped to 7 on Wednesday morning. 7 of the 20 remaining forwards will compete for a final roster spot tonight.

Quinton Howden is reportedly "feeling better" but will not play tonight. He was injured following a hit by Brett Connolly yesterday. Howden's season began late this year after returning from Florida's training camp with a concussion. It's not clear if the Moose Jaw forward is suffering concussion like symptoms right now.

Jonathan Huberdeau is still not skating as of yet.
Posted by Guy Flaming @ 12:01 PM