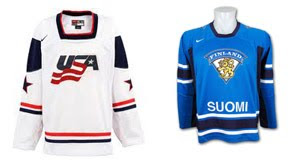 It was an outcome not many would have predicted before the tournament and even fewer after the first games had been played but with a win by Finland over USA, the WJC just became a lot more interesting.

After the Americans pounded Denmark 11-3 and Finland was embarrassed 8-1 by Canada, everyone expected that USA would come out on top of their meeting with the Northern nation on Wednesday. But a strong goaltending performance at one end with strange bounces and odd goals at the other gave Finland the victory.

With both teams now sporting 1-1 records, the importance and unpredictability of the final three days of round robin action is off the charts.


There was no quick goal in this contest as there was in the games involving both teams on Monday. In fact, it would be fair to say that it seemed like both teams were playing rather defensively in the early stages of the game. The Americans were not the hard charging, big hitting aggressive team against Finland that they were in their opener against Denmark. Meanwhile, Finland had the crowd at their backs which wasn't the case on Monday against Canada and appeared to rattle them.

The first period was scoreless and saw USA the better team for much of it although by the end of the frame it was Finland showing the most life. Defenceman Konsta Makinen (UFA) drew a reaction from the crowd as he stepped around an American forward but that was really one of a just a few highlights through 20 minutes. 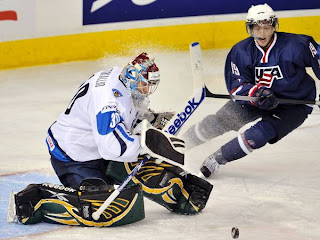 USA carried much of the play in the second period but still couldn't solve netminder Sami Aittokallio (COL) in the Finnish net. By the end of the middle stanza the shots on net were 24-9 in favor of the Americans but it was Finland who had managed the only goal, a beautiful shot from Miikka Salomaki (NSH).

That changed just 19 seconds into the final period when Emerson Etem, inserted onto the top line for Jason Zucker, sent a pass across to Brandon Saad who tapped it past Aittokallio to even the score.

"I just tried to create something and threw it at the net and [Saad] was able to put it home," said the Medicine Hat Tigers forward after the game, "Hopefully we can stay together and generate some more opportunities."

Play continued on for another ten minutes with neither side establishing an advantage until Finland was called for a penalty. It was the chance USA had been waiting for but it was short lived as goalie John Gibson was dinged for interference as a Finnish skater breezed through his crease and bumped into the goalie. The controversial call negated the American power play and would be looked at afterward as the turning point of the game. 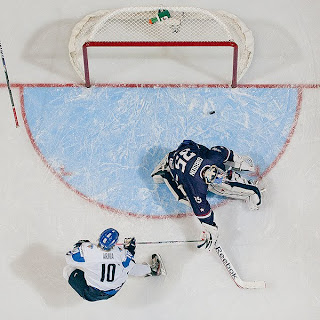 Just over a minute later, Buffalo Sabres prospect Joel Armia broke in alone on Gibson. The Finnish sniper made a move to deke, lost control of the puck only to see it still elude Gibson. The unlikely goal put Finland back in front to stay and Armia celebrated the odd goal as though he'd planned to whiff on his shot all along.

Thirty seconds later Finland would get another fortunate break as a pass from the corner by Mikael Granlund went off the skate of defender Jon Merrill, then the post and behind Gibson. The 3-1 lead looked insurmountable at that point and momentum was completely behind Finland as was a raucous 14,000-deep crowd at Rexall Place.

Coach Dean Blais called for a time out to rally his troops and according to 17-year-old Jacob Trouba, the message was simple.

"Keep playing. Don't give up," said Trouba, "We're not a country that gives up and we're definitely not a team that is ever going to give up so keep playing, maybe we'll get a bounce or two and we can put some in the net."

It wasn't meant to be though and in fact Armia would add his second of the game just a few minutes later and Finland would skate to a 4-1 victory.

Afterward, American players did their best to try and explain the unexpected loss despite outshooting their opponent by a 39-27 margin.

"They got spanked by Canada the other day so we knew that they would be coming out hard, that's what we expected, but they got a few bounces that went their way," said forward Charlie Coyle. 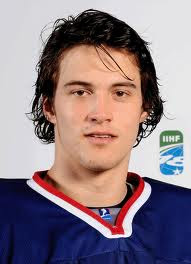 Gibson, who some will wrongly try to pin goat horns on for the loss, was candid in his post game address. I asked the keeper if he worries that having a defeat next to his name may prevent him from getting another start in the tournament as starter Jack Campbell has age, experience and a previous U20 gold medal on his resumé.

"I don't think I should be [blamed] for the loss but I'll take responsibility for it; I took the penalty that took a lot of life out of us," he said. I asked what he thought of the call. "Whether it was a penalty of not, it was still my fault and I shouldn't have done it but at the same time we just have to look forward and prepare for the Czechs now."

I asked Gibson if the referee gave him an explanation on the call.

"I didn't get a look at it but he said I took my foot out of the crease, I thought I was still in the crease but that's just the way that the bounces were tonight and that's the reason we lost."

Coach Dean Blais wasn't overly disappointed with some aspects of his team's performance but did identify a few things that he thought they could have executed better.

"I thought we had too many guys that were passengers tonight and we can't have that," said Blais, "I didn't think that we paid the price to get to the net. I bet we didn't have 15 quality chances on the fly and those are the areas that Canada took advantage of against Finland and we didn't do it."

"We might not have the firepower that we had in Saskatoon two years ago but definitely we have players that can score," he added, "But we have to have players that want to get to those areas to make plays, get the rebounds and tip ins." 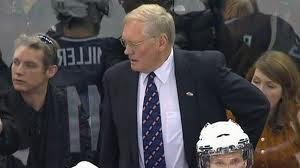 According to the coach, there is no question at what point the game started to get away from USA.

"I think the turning point to the game was that we had a power play and we took a penalty on our power play and changed the momentum," Blais said, "Evidently the goaltender has his crease but you can't interfere with the guy going through it. He's allowed to go through and as long as you're not standing in there... I thought he bumped him."

When asked to comment specifically about the play of his goaltender, Blais was quick to praise but didn't conceal much about his feelings on what happened in the third period.

"I thought he played great through two periods but obviously the turning point when it was 1-1 was that penalty," said Blais before looking forward with his goalie situation, "Obviously Jack has the tradition of being the go-to goalie but we'll see if that happens or not."

USA is off for a day before getting back to action on Friday against the Czech Republic. Finland will also rest tomorrow before taking on Denmark on the 30th.
Posted by Guy Flaming @ 12:31 AM