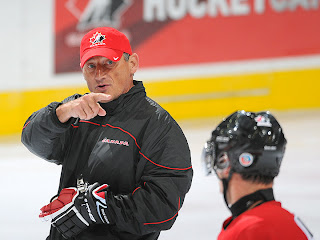 "I'm looking for players that can play a 200 ft game; at all ends of the ice, all areas of the ice and that can adjust to different roles. We're going to ask some real top-end skill guys to play different roles than they're used to."

That's what Canada's coach Don Hay said the morning they revealed the initial 41-man camp roster. Now that the final team has been picked (pending injuries*), we can reflect on those statements and see how true they are.


Canada opted to go with both goaltenders from Ontario. No, this isn't going to be a anti-OHL rant but I do find it interesting that so much talk about how performance over the start of the regular season is apparently less important than the 3 days at December's camp.

Tyler Bunz and Louis Domingue are the superior netminders if you consider stats and regular season CHL play but everyone felt sure that Mark Visentin would return because of his inclusion on the 2011 team. Scott Wedgewood, the smallest of the 4 invitees, knocked off Bunz for the back up job clearly based on the last three days as opposed to the last 3 months.

You know when you invite 41 players to camp (which then became 43, less Ryan Spooner so 42) that you're going to end up cutting some very good players. What troubles me about some of the players sent home is that there was a distinct lack of scoring in both red/white games and yet a 32 goal man like Ty Rattie doesn't make the grade. Especially considering the quote above from Hay which fits the Portland forward well. People will argue that Rattie failed to score so he was left off the team but I would point out that Phillip Danault scored twice, once on a beautiful feed from Rattie, and Tyler Toffoli scored twice and none of them made it. Clearly actually scoring goals in the exhibition games isn't the be-all-end-all either.

Do I really take issue with any of the players who did make the team? Not really although I will say I am surprised that Tanner Pearson and Scott Harrington are there. The latter was invisible in the summer and I didn't talk to anyone since that camp in Edmonton who suggested he should be an invite let alone on the roster. 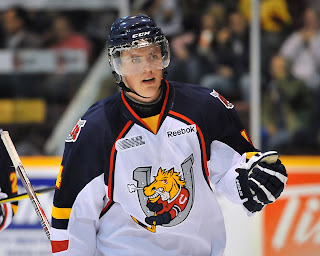 I think Pearson makes the team because of his age and size, some might say his chemistry with Mark Scheifele but are they even going to play together at the WJC? Pearson is a feel good story, a late blooming, undrafted 19-year-old who will surely get selected this June. Good for him, he wasn't on my team but I take nothing away from him earning his spot.

Things could still change - Jonathan Huberdeau and Quinton Howden have to still be considered question marks and maybe that leaves the door open a bit for Rattie. 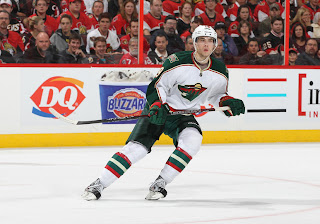 No one can suggest a bias for the WHL this year as some expected because of the coaches involved. Only 5 Western leaguers made the squad and one, Brett Bulmer, failed to make it despite his NHL start to the year and his Kelowna head coach (Ryan Huska) being on the Canadian bench staff.

Likewise, no anti-Quebec arguments can be made since half the QMJHL invitees did make the team including Huberdeau who did so without skating in the last 6 weeks.

As is the case every year, the cuts and selections will be debated heavily until the tournament begins.
Posted by Guy Flaming @ 2:13 PM