USHL is Open for Imports

The USHL's players of the week were announced a couple of days ago and I noticed that two of the three winners are actually Canadian. Lincoln's Kevin Roy was chosen as the Offensive Player of the Week while Dubuque's Michael Matheson was named the top blueliner - both hail from Quebec.

Out of curiosity I explored the rosters of the 16-team league, minus the US-NTDP for obvious reasons, to see just how many Canadians I could find. I noticed a bunch but more surprising to me was the number of European players in the USHL.


The United States Hockey League draws players from across North America. Unlike the borders set up within the Canadian Hockey League when it comes to American players, their is no restriction on where the USHL clubs can look to in Canada. While the Calgary Hitmen are limited to Minnesota and West for their American talent, the Cedar Rapids RoughRiders can recruit from all across Canada.

Of the 15 USHL teams, omitting Team USA in this, only one club doesn't have a Canadian on the active roster and you can pardon the Tri City Storm because they did have Jaden Schwartz on the team in 2009-10. That's a big difference from the CHL where a number of teams go without an American, that's especially true in the QMJHL for what I would assume are culturally related difficulties when it comes to recruiting.

In the WHL, teams like Kootenay and Saskatoon do just fine without looking south of the border for help. Others like Portland are on the other end of the spectrum which shouldn't be much of a surprise considering their location.

On average, USHL teams have 1.87 Canadian players (28 total) on their rosters compared to 1.5 Americans (33 total) in the WHL. I got the numbers by going through individual rosters on team websites so the accuracy of the data is subject to the upkeep of the sites.

When it comes to Europeans, it's a bit different again between the USHL and the CHL. The CHL limits teams to just two Europeans while, beginning this season, the USHL limits imports to 4 per team but that includes Canadians. I'm not sure why the league would choose to limit Canadian content but I'll try to find out.

Here is a breakdown by team in the USHL to show who has what: 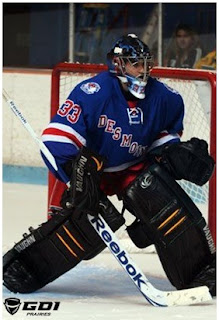 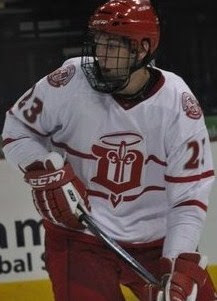 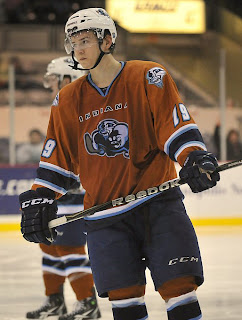 There are some notable names there including two probably 1st round picks in the 2012 NHL Draft; Michael Matheson and Zemgus Girgensons, both playing this year for the defending champion Dubuque Fighting Saints. 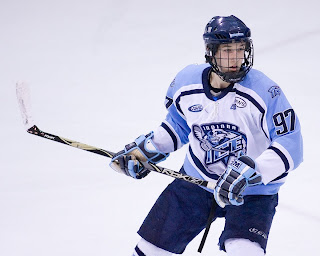 Recent imports in the USHL have included the aforementioned Jaden Schwartz (STL) and Stanislav Galiev (WSH) who currently skates for the Saint John Sea Dogs of the QMJHL. Schwartz played for the Storm while Galiev (above) was a member of the Indiana Ice. Undrafted Marek Hbras played for Fargo a couple of years ago before coming to Edmonton and now Kamloops in the WHL. 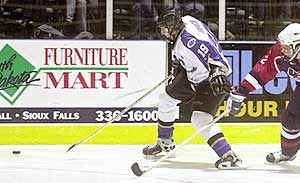 Buffalo Sabres forward Thomas Vanek (left), an Austrian, played for Sioux Falls before his 2-year NCAA career at Minnesota. France native Stephane Da Costa has attracted attention this year in Ottawa but did the same thing in the USHL with Sioux City before his days at Merrimack College.

Ruslan Fedotenko, Martin Hanzal, Rusty Kesla and Andreas Nodl are other European alumni of the USHL. 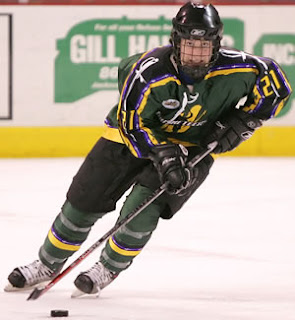 Montréal Canadiens prospect Louis Leblanc is another recent example of a notable Canadian who played in the league. Sam Gagner (right) of the Edmonton Oilers is another.

It's a pretty interesting history that the USHL has with players who have gone on to the NHL, one I'm sure will continue to grow as the league gets bigger and better.
Posted by Guy Flaming @ 5:15 PM