Campese no longer coaching Raiders: Who's next to go? 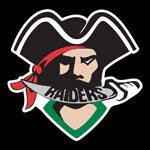 The Prince Albert Raiders have taken the coaching duties away from Bruno Campese. He will stay on as G.M.

Steve Young has been promoted from Assistant. The Raiders are off to a terrible start at 4-11-1-1, they've lost 4 straight and if weren't for the Calgary Hitmen and Lethbridge Hurricanes would be last in the Eastern Conference.


Reportedly this was Campese's decision. He's been with the team since the summer of 2007.

Young previously coached the Moose Jaw Warriors and led them to the league final in 2006 where they lost to the Vancouver Giants. He becomes the 12th coach in Raider history.

Campese wasn't at the announcement but did provide this statement.

“In the best interest of the team I have decided to step aside as Head Coach and focus solely on the GM’s role. The team is not playing to expectations as I feel we have underachieved to this point. I will take full responsibility and hold myself accountable.”

I had a conversation with a WHL coach recently about who would be the first coach to be fired. My pick was on Bruno, which is hard to do because he is such a good guy and a good teacher according to many I've talked to. My coaching friend thought Rich Preston would be on the chopping block first. He might be the second. Lethbridge has the second fewest wins of any team in the CHL with 2 (the Erie Otters have just one victory) and are winless in their last 11.
Posted by Dean Millard @ 7:23 PM