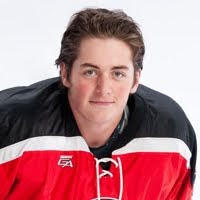 While nothing has been officially announced by the team, The Pipeline Show has learned that the Oil Kings have added, or are about to add, another defenceman to the mix.

Minnesota high school product Cody Corbett, considered a 'B' level prospect eligible for the 2012 NHL Entry Draft according to NHL Central Scouting, was seen at Rexall Place on Wednesday night taking in the WHL game.


I asked around after the game to try and learn the identity of the new face that was sitting with the rest of the Oil Kings scratches. I was given a name but nothing else. I continued to sniff around and through various sources I was able to piecemeal together the story.

It appears as though the 6'2, 210 lbs defender is just needing to have some documentation completed and he'll be free and clear to make his WHL debut. He was listed by the WHL team a couple of weeks ago and will wear #2 once everything gets sorted out. I asked what kind of a player he is but all I could get from the one source was "the good kind - He's a really good player." 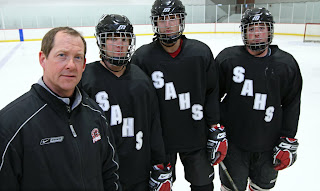 Corbett has been playing for Stillwater, a high school team in Minnesota which is coached by former NHL all-star Phil Housley (above).

My first thought was that the Oil Kings are already so deep on the back end, "why would they add someone there?". However, as someone pointed out, Edmonton will definitely be without Mason Geertsen (U17s), Martin Gernat (2012 WJC) and possibly Mark Pysyk (2012 WJC) for much of December and into January. It makes a lot of sense when you take all of that into consideration.

While we wait for the paper work to get sorted out, the Oil Kings head out onto the road. After going 3-1 during their last 4-game home stand and 8-2 in their last 10 games, the Kings hit the highway for two games this weekend in Brandon and Regina.

I did not get an indication of when Corbett will get into his first game although it seemed like the process was taking longer than expected. 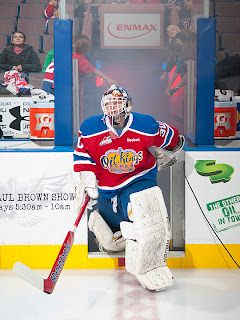 - rookie goalie Tristan Jarry made his first WHL start on Wednesday against Everett and was beaten only once in a 4-1 win. The B.C. product made a handful of big saves including a trio of breakaway chances. It took a while for him to get into a game but I won't be surprised if he gets his second start sooner as opposed to later.

- Jarry said he was told Tuesday that he would be starting against the Silvertips. He told me he wasn't very nervous on game day and that he slept pretty well the night before. He's a confident young man.

- Rookie Cole Benson remains the only active forward who has yet to record a point this year.

- Forward Colton Stephenson was seen recently back in Saskatoon helping coach a minor hockey league team. The player has apparently decided to hang up his skates over concerns of concussions although I'm told he's been cleared to play.

- "Movember" is fast approaching. Several Oil Kings players took part in the Cancer awareness event last year and there are a few guys on the club who clearly intend on doing so again this year. Klarc Wilson and Michael St. Croix are starting early... they've already got a bit of a shadow on the upper lip. I asked the Rangers prospect about the blatant cheat and he defended himself by saying "I need all the help I can get!" 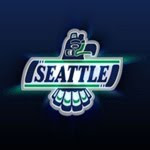 - Edmonton's next home game is Saturday November 5th when the Seattle Thunderbirds make their first visit to Rexall Place in two seasons. Marcel Noebels (PHI) leads the T-Birds in scoring and Calvin Pickard (COL) is considered one of the top goalies in the league. The game will also mark the return of former Oil Kings defenceman Braeden Laroque who was traded to the West coast earlier this year.

More to the point, if Edmonton wants to do some damage in the playoffs this year, quality defensive depth is never a bad thing.

That they already have. Edmonton's blueline is top 3 this year, no question in my mind.

And if this Corbett is as good as I've been told over the last couple of days... they might be THE best defensive top 6 in the league.

Future Considerations Scouting Report based on his play in the Upper Midwest Elite High School league as observed by regional scout Dan Shrader this season:

Fluid skater, smooth transitions when shifting from offense to defense. Not the quickest out of the blocks, but gets around the ice at a decent pace. He makes his presence known along the wall, down behind the net and in front of the net. Is aware of his size, is not afraid to step up on anyone. Not a puck mover, but at times skates the puck up the ice with some authority. Shows he has a heavy shot from the point. His tape to tape passing is superb; very good first pass. Plays best when he stays nearer to "home", and occasionally rushing the puck up ice.

Thanks for the info guys. The Oil Kings have a silly defensive core already, and I had a difficult time seeing them getting any better pre-Gernat. If this new kid delivers this is going to trend into the downright ludicrous.

Wonder how good a shot they have at taking the WHL and heading to the Calder this season (before Pysyk et al move on).