Are They For Real? 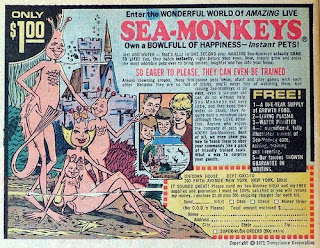 Just about every hockey team in a serious, competitive league is now active for the 2011-12 season, (the ivy league schools don't get going until Halloween weekend), and already we're seeing some surprise clubs at the top of the standings. It happens every year in every league but the question is which of these overachievers can continue on with their success and which ones will eventually come back down to Earth?

A quick look at four surprises: the NHL's Toronto Maple Leafs, the Peterborough Petes of the OHL, the WHL's Kamloops Blazers and the Minnesota Golden Gophers.

The New York Islanders, Dallas Stars and Colorado Avalanche have performed well in the early days of the new year but there are only 4 teams remaining without a regulation time loss. Washington, Philadelphia, Detroit and... Toronto!?!

Yes the hapless Maple Leafs are a perfect 3-0 although they've been far from perfect in their three wins. Phil Kessel leads the way with a league high 8 points with Joffrey Lupul proving he's healthy once again and chipping in with 5 points. 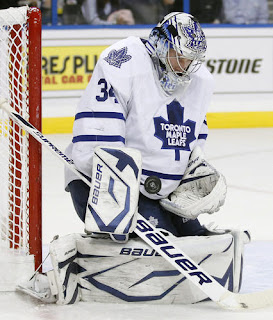 Most people would probably suggest that the single biggest reason for the Leafs record has been the play of netminder James Reimer. The former Red Deer Rebels goalie continues to prove me wrong as someone who expected him to top out as an average AHL keeper as he was for most of his WHL days. However, Reimer has been exceptional at times including in the season opener against Montréal when he turned aside 32 shots for an often outplayed Leafs team.

For Toronto to continue the quick start they are going to have to get some offensive contribution from their secondary scorers. With Tim Connolly a huge question mark because of his health, guys like Colby Armstrong, Mikhail Grabovski and Nikolai Kulemin have to pick it up more. Matt Frattin is pointless in three outings, he needs to get going or might get a bus pass to the Marlies dressing room across town. Clarke MacArthur is back and that should help provided he is the same player he was last year and not the one who could barely hold down a NHL job the previous 4 seasons.

The Leafs have Colorado tonight - a battle between two clubs who will be trying to burst the bubble of the other, bringing them back to reality. 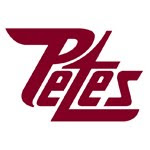 With 14 of a possible 18 points under their belt, the Petes have to be feeling pretty good about themselves right now. They hold down top spot in the East division ahead of Ottawa and Oshawa, two teams projected to be more than just conference contenders.

The Petes are being led by Matt Puempel who has yet to play more than 59 games in a season thanks to injuries. The Ottawa Senators 1st round pick has 6 goals in 9 games, on pace for his third consecutive +30-goal campaign. 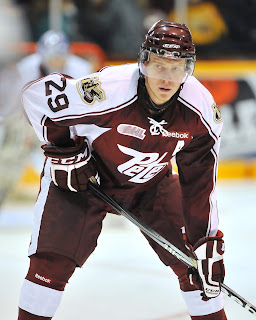 Alan Quine (DET) and Austin Watson (NSH) are right behind with 12 and 8 points respectively. Defenceman Slater Koekkoek (above), eligible for 2012, is the top scorer from the blueline and has 7 points.

The Petes can have a good season with a pair of decent netminders; Mike Morrison and Andrew D'Agostini, both undrafted for the NHL but solid as junior level goalies.

The real test comes now as teams settle into the meat of the season and the adrenaline of the new year wears off. Clearly a better team than they were last season, they'll definitely make the playoffs but by the end of the year they might be a middle of the pack squad with some individual players carrying the rest of the team. 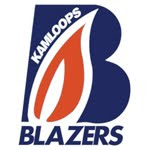 The Blazers are second in the WHL's Western Conference and yet have played fewer games than every team in the league save for Calgary and Seattle. They scored 37 goals and have only allowed 20, that's a pretty solid ratio, and what makes that more intriguing is that they've used a 3-goalie rotation.

A 3-headed goalie system rarely works and who knows if it can continue to do so for the Blazers. Eventually someone will probably play their way out of the picture or the club will deal one of them away. Cam Lanigan is the eldest of the three but Cole Cheveldave has posted the best numbers, both have played three times. Then there is Taran Kozun, a listed player from Saskatchewan who has managed to stay in the loop so far. 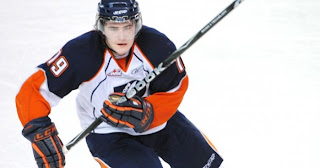 Brendan Ranford (PHI) scored 3 points in his first game then added 5 more in his fourth outing. He's coming off an 86-point season and there is no reason to think that the 100-point plateau is out of reach this year.

Edmonton Oilers camp invitees Chase Schaber and Colin Smith lead the team right now with 11 points each. Rookies Tim Bozon and Matt Needham have contributed to the offence as well plus blue collar forward Dylan Willick can be counted on to chip in more often than not.

Defenceman Austin Madaisky has had an impressive beginning to the year. His 10 points has him well on pace to smash his season high of 27 that he managed last year with the Blazers.

The Blazers have lost forward Jordan DePape for most of the regular season to have shoulder surgery. That's a big loss for the team.

Can Kamloops stay where they are? I predicted Prince George would win the division but they're stuck in the cellar right now. I did suggest that Kamloops was my dark horse team and so I'm not stunned that they are where they are - I think they are better than Vancouver and Victoria and Kelowna has struggled since a quick 3-0 start. This might the year we see the Blazers add immediate help at the deadline instead of subtracting for picks and prospects. 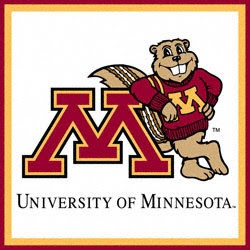 A perfect 4-0 start looks better than it actually is. The Gophers just swept defending national champion Duluth and you have to give them credit for that even though the Bulldogs aren't as good this year as they were last season. That said, Minnesota's first two games were blowouts against a badly outmatched Sacred Heart club which resulted in a combined score of 15-0, outshooting them 97-40 in the process.

I am more impressed with the 10 goals the Gophers managed against Duluth than the 15 they pumped in on the Pioneers of Sacred Heart. At least with Duluth the Gophers can point to netminder Kenny Rieter and say they beat one of the key Bulldogs; not whipping an Atlantic Hockey team like Sacred Heart would have been a bigger story. 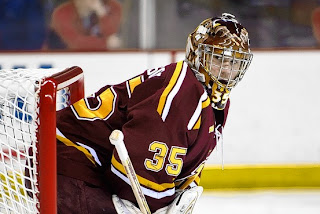 The Gophers have to look at their own goalie Kent Patterson (COL) and thank him for Saturday's win. Duluth outshot Minnesota 50-18 and yet somehow the Gophers prevailed with a 5-4 victory. The Bulldogs actually fired 100 shots at Patterson over the weekend series and he stopped 92 of them.

Finnish forward Erik Kaula (MIN) leads the Gophers and the nation in scoring with 9 points, he only managed 24 last year so he's well on his way to a career year. In fact, that will be the case for a lot of Gophers considering how offensively starved the program has been for the past few seasons.

Nick Bjugstad (FLA) has 7 points, 5 of them coming against Duluth so it's not like he padded his numbers against Sacred Heart. The 6'5 sophomore appears poised for a big year.

Jake Hansen (CLB) and Nate Condon (COL), Kyle Rau (FLA) and four others all have more than a point per game at the moment.

Freshman Seth Ambroz (CLB) is on the board after a 2-goal opening night but he's been held pointless since. Zach Budish (NSH) is now a junior but missed most of his sophomore year with injury so his development will be under the microscope all year.

The Gophers have an impressive team on paper, and have had for the past few years but that potential hasn't led to actually on-ice success. This year could be different but we'll know more once the Gophers start getting into the meat of the schedule.

It's one thing to destroy the Pioneers of Sacred Heart but it's a something else entirely to do the same to the Pioneers of Denver University.
Posted by Guy Flaming @ 12:50 PM