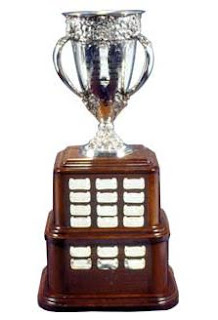 Tuesday night on TPS we pulled out the Crystal Square and gazed deep into it for some predictions. We welcomed in Rogers Sportsnets Jamie Thomas (jamie_thomas71 on Twitter) to find out who will come out on top in the race to be the rookie of the year.

Last year I don't remember anyone having Jeff Skinner, Logan Couture and Michael Grabner in their final three, and this year things could be even more wide open. There are so many surprises in NHL training camps, (Guy has a rundown here) that someone might pick a player to win the Calder that others don't think will even play a full season. That actually is the case with Guy's pick.


As for Jamie, his top 3 and dark horse picks are as follows" 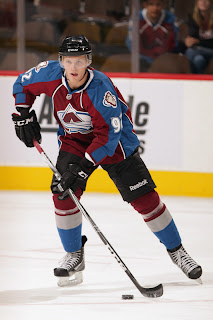 And for the win... Thomas takes Landeskog.

It's an interesting trio for his final 3; Landeskog is likely the most ready from this year's draft, Schenn has been waiting for a chance for a year now but will have to get over an early season injury to do it, and Larsson as Jamie put it, plays a ton and it's touch to overlook that. The RNH dark horse pick is of course if he makes the Oilers. If he does there is a very good shot he could move from long shot to favourite.

Guy's final 3 and dark horse includes two blueliners and features 4 different players then that of the Thomas list. Like Jamie though, Guy has a player who some think could end up back in junior, but Guy believes he won't and in fact thinks he'll be making a speech in Vegas in the summer. 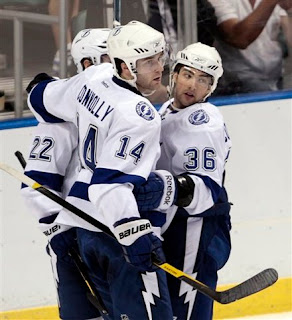 Flaming takes Connolly for the win but I personally think Connolly will help Prince George win more than Tampa this year.

As for myself, I like Guy, went with a couple of blueliners, but unlike my co host all 4 of my players should at least play in the AHL this season. I was close to picking a goaltender, and if I did it would be Jacob Markstrom in Florida. Instead I went with one of his teammates. 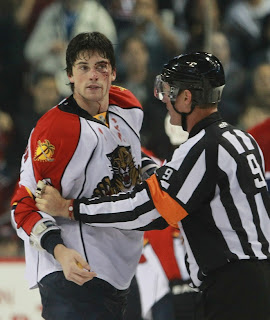 In the spirit of Barret Jackman winning the award, I'll take Gudbranson to lead all rookies in votes.

To hear why we picked who we did, click here to listen to the segment, and we want to know YOUR top 3 and dark horse so chime in with your thoughts in the comment section below.
Posted by Dean Millard @ 9:48 PM