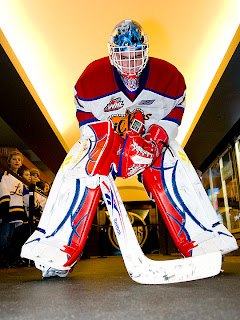 Swift Current and Edmonton have completed a one-for-one trade of 20-year-olds that sees netminder Jon Groenheyde join the Broncos with forward Jordan Peddle coming to the Alberta Capital.


We knew that something had to give in Edmonton because the Oil Kings have been carrying three netminders since the start of the regular season. 16-year-old Tristan Jarry wasn't sent back to BC and with Laurent Brossoit assuming the starter's job that left Groenheyde on the outside.

We talked about it plenty before the season began; if Brossoit takes full control as the #1 guy, the team could then use Groenheyde to shore up the roster where needed. The injury to Travis Ewanyk has created a hole in the roster for a big, physical center so it was safe to guess that GM Bob Green was shopping his extra 'tender.

I thought Vancouver made sense but it's the Broncos who answered the call. Swift Current has a couple of overage players that I really like, unfortunately neither are named Jordan Peddle. 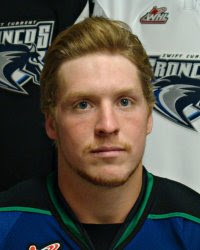 Peddle is a smallish center who only managed 31 points in 70 games last year. At 5'10 he doesn't replace Ewanyk's size but give him some credit, he's listed at 186 lbs and recorded 132 PIMs so it's not like he's going to get pushed around.

That said, give me either Taylor Vause or Brad Hoban over Peddle any day of the week. I am forced to assume that neither were available or that, if they were, the additional cost to Edmonton was too much for Green to part with. If not, then the Oil Kings missed the boat. 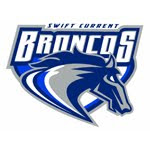 Hoban sniped 25 goals and 51 points last year and is 6'0, two points to him over Peddle. Vause, while basically the same size as Peddle, managed to chip in 47 points and 18 goals but more importantly, every time I've seen the Broncos play it was the Calgary native who was the catalyst for the team.

Perhaps the value of a 20-year-old back up netminder, probably now a starter in Swift, wasn't much around the league but I can't say that this deal does much for me.

Maybe the best part of the trade, from an Oil Kings perspective, is that the way is now clear for Jarry to get a start here and there.
Posted by Guy Flaming @ 12:22 PM