Stuff You Should Know: WHL

It's been an interesting time in the WHL so far this young season. Here's some stuff you may or may not have heard already.


When the topic of Prince George rookie Alex Forsberg came up, someone told me his has an 'interesting' skating style but that 'in 2 years from now he'll be the best player in the league below the hash marks'. I've only had the chance to watch Forsberg during the Oil Kings pre season tournament, and while he wasn't the the fleetest guy getting around the ice, he always seemed to be in the right spot when a goal was scored, either setting it up or finishing it off. 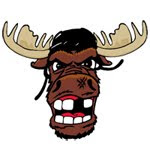 Quinton Howden still isn't in the line up for the Moose Jaw Warriors. I was told by someone who took in the Cougars-Warriors game in Moose Jaw that while he's skating he hasn't been cleared to play. Some thought Howden had a chance to make the Florida Panthers but a neck/concussion has kept him out of the Warrior line up since the Panthers sent him back. Hopefully he's back soon as the Warriors roll through Edmonton soon and he's a fun player to watch.

Morgan Rielly and Dylan McIlrath impressed during the contest. McIlrath had a spirited scrap that you can see here, while Rielly set up the Warriors first goal and was plus 2. On Reilly I was told 'he can be minus -3 but score or create a game winning goal, so he makes up for the risks in my mind.'

Rielly is widely thought of as one of the fab 5 in the WHL. There are 5 blueliners out west that are expected to be first round picks. Rielly, Ryan Murray in Everett, Matt Dumba in Red Deer, Griffin Reinhart in Edmonton, Derrick Pouliot in Portland.

Saskatoon will host the 2013 Mastercard Memorial Cup, and most people I've spoken to were surprised. 'If Saskatoon and Red Deer had of bid the same amount, Red Deer would have won, so the Blades must have really outbid the Rebels as the vote was a landslide for Sask...' someone passed on.

I'm worried that a half sold out venue in Saskatoon won't make for a fun tournament, but I was assured by a converted Saskatchewan resident that most of the province will turn out to make it a success. Still I would rather see a full 5-6000 seat arena then a 3/4 full 13,000 seat building.

Received a text message the other day regarding the class of 1995 in the WHL. 'Probably the best crop in memory. So many have scored and are playing key roles on their teams." Someone else told me how Prince Albert's power play was being run by a 16 year old when describing Josh Morrissey's season so far with the Raiders.

It's true, the rookies this year are off to a great start. Morgan Klimchuk is 3rd on Pats scoring with 3 goals and 8 points. Alex Forsberg's 2 goals and 7 points are second on Prince George, while Matt Needham in Kamloops and Curtis Lazar in Edmonton each have 3 goals and 2 assists. Over a dozen from the 2010 bantam draft have scored already this year and more then 20 players born in 1995 have lit the lamp.
Posted by Dean Millard @ 8:11 PM