International Scouting Services has released their October top-30 rankings for the 2012 NHL Entry Draft. A quick look at the names that appear here reveal many that are familiar to listeners to TPS because you've already heard them on the show this season.

It's also a good time to make an announcement pertaining to the independent talent agency and The Pipeline Show. 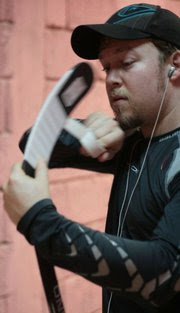 First off, Dean and I are excited to announce that starting November 5th, Ross MacLean from ISS will join us every second Saturday for a segment we're calling the ISS Draft Countdown. During that 12-15 minutes we'll discuss key players that Ross has recently viewed in action as he travels across North America and Europe.

Ross has been on the show before, you'll recall that he drive up from his home base in Calgary to join us in studio for our 2-hour 2011 Draft Preview show last June. We're pleased to say that we'll be repeating that special show again this coming June as well.

One more key to this partnership with Ross and ISS is that this will be an Edmonton exclusive for The Pipeline Show. You may have heard Ross on other shows or stations in our local radio market before but now, with coming on every second week, ISS has agreed to make The Pipeline Show the one and only radio program in Edmonton that Ross will appear on.

Here is the ISS top 30 for October with links to the appearances of the players who have already appeared on TPS this year:

We speak with a player eligible for the next NHL Entry Draft on almost every edition of The Pipeline Show throughout the course of the year. Not appearing on the list above but still key for 2012 are previous TPS guests Charles Hudon of Chicoutimi, Kingston defenceman Alex Gudbranson and Dillon Fournier in Rouyn-Noranda.

Tonight, forward Stefan Matteau from the US-NTDP will join us.
Posted by Guy Flaming @ 1:00 PM