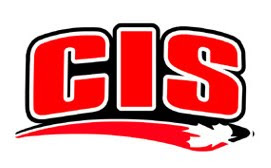 The annual tradition of CIS schools crossing the border to be slaughtered by NCAA opponents wrapped up last weekend. As usual, the Canadian University clubs, many playing 3 games in 3 nights and all on the road, came away with very few wins and a lot of losses. Some of our friends south of the border might be inclined to pound their chest and continue to look down on the level of CIS hockey because of the results but I'd argue that they should pause for a minute and consider one thing.

Despite a combined lopsided record of 5-28-4, CIS clubs fared better against NCAA competition than their counterparts in the Atlantic Hockey Conference have so far this year.

The CIS wins were claimed by St. Francis Xavier X-Men (6-4 over Boston University), The University of Ontario Institute of Technology Ridgebacks (3-2 over Michigan), St.FX again (8-5 over Northeastern), Carleton University Ravens (5-2 over St. Lawrence) and the University of New Brunswick Varsity Reds (2-1 over Holy Cross).

Queens tied Canisius, McGill did the same against Denver, UNB tied Mass-Lowell and Carelton and Colgate ended equal as well.

That's a winning percentage of just .135, not a success rate that anyone would really brag about. But reflecting on an August conversation we had with USCHO.com writer/RIT voice Chris Lerch, I found it interesting to compare with a DIV I conference.

After the first week of NCAA regular season play, the Atlantic Hockey conference (AHA) has won just one of 19 games against their fellow Division I opponents. 1-15-3 (.053) is the combined record of the 12 AHA teams and it should be pointed out that Robert Morris' victory actually came against a club within the same conference so... odds were pretty good that one of the teams was going to come away with a win.

As was the norm for the CIS schools, there were some one-sided scores to be found. Regina was spanked 8-1 by North Dakota, RPI thumped Acadia 7-0 and Western Michigan beat Toronto 7-2.

AHA teams were also on the receiving end of a few butt kickings including Union over Army 8-1, Nebraska-Omaha's 5-1 pasting of Mercyhurst and the Minnesota Golden Gophers embarrassing Sacred Heart in two games by a combined score of 15-0.

"Been covering D-I and D-III for decades. Most CIS teams are on D-III level. Most OUA teams regularly lose to D-III teams," was a line from Chris Lerch that really stuck with me. The above certainly doesn't disprove what he's saying because no D-III three teams were involved in any of these games. Considering the .135 winning record against DIV-I programs, it's quite possible that the overall CIS record against DIV-III is also sub-.500.

It should be pointed out that half of the teams currently ranked in the CIS top 10 were not involved in any of the exhibition games so basing the quality of an entire league on the results of these exhibitions would be pretty flawed.

The OUA, the league mentioned by Lerch, is the weakest conference in CIS hockey, much like the AHA is clearly the weak sister in NCAA circles. Obviously we don't judge the overall quality of NCAA hockey by the performance of Niagara, Bentley, American International and Army so doing the same for CIS without Saskatchewan, Alberta, Calgary, etc is just as silly.

That said, if we allow for the possibility that CIS overall is generally on par or even slightly weaker than DIV-III, what do these results mean? If CIS is really no better than DIV-III caliber and yet managed to post a better record against NCAA opponents than the AHA... what does that say about Atlantic Hockey?

If Atlantic Hockey was part of the CIS landscape, expanding it to a five conference loop... where would they fit in compared to the AUS and Canada West? Would a program like 2010 Frozen Four participant RIT dominate or would they be challenged by New Brunswick, Alberta, McGill and Saskatchewan? Is there any reason to think Lakehead, UBC, Saint Mary's or Western Ontario couldn't have success against Holy Cross, Connecticut and Niagara?