9 Games In; Who Stays and Who Goes? 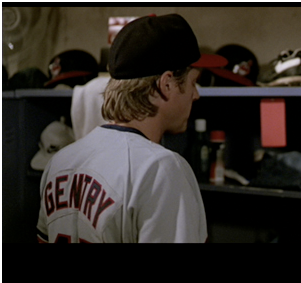 The Pittsburgh Penguins are the first team in the NHL to hit the nine game point of the season. The Pens are the only team as a matter of fact but the rest of the league will have caught up to them in the next couple of days. And that's when it gets interesting for a number of rookies around the NHL.

By my count there are 15 players left who could theoretically be sent to the CHL. Many of the 15 are definitely not headed that way as they have come from Europe or NCAA and so would either be assigned to the AHL or simply return overseas.

Still, here's a quick rundown of the 15 players to watch and whether I think they get the red tag in their locker or not.


Mark Scheifele was returned to the Barrie Colts on the weekend. These are the guys looking to avoid sharing the same fate.

The 2010 2nd round pick is coming off of a solid campaign in the OHL with the Mississauga St. Mike's Majors and an even more notable U20 camp with Canada. While both of those organizations would love to see him wearing their jersey at some point this year, it's quite possible, maybe probable, that Smith-Pelly sticks in Anaheim with the Ducks.

His ice time has averaged just under 11 minutes over the last 7 games and he's thus far failed to contribute on the score sheet - that's not good. However, he's playing on Anaheim's third line with fellow rookie Andrew Gordon and one time Oiler 1st rounder Andrew Cogliano.

Born in May of 1991, the 20-year-old could return to the WHL but if the Flames decide that he's not ready for the big time, the Czech winger would be dispatched to the Abbotsford Heat of the AHL. Horak has one point so far this year.

The only reason he's on this list is due to his age. The Minnesota native played one year at Duluth, won the National title and then turned pro. The Hurricanes could decide he's not ready but you would have to think that would mean a ticket to the farm. I'm sure the WHL's Tri-City Americans would love to have him but the chances of that happening are less than slim. As in none.

He was described by many as the most NHL ready of the Class of 2011. There's no reason to believe that Colorado is even considering doing anything other than keeping him. He's 4th in rookie scoring and is playing almost 17 minutes a night. There is zero chance he's headed back to the Kitchener Rangers.

This one is a little tougher to predict than it was a month ago. Everyone assumed Johansen would be a mainstay for the Blue Jackets this year but he reportedly had an average camp and thus far has only managed 1 point in 5 games playing just over 10 minutes. With the way the Blue Jackets are struggling out of the gate, it's plausible that they decide to send him back to Portland to prevent burning a year off of his contract.

While he's been playing for less than 10 minutes most nights, Johansen was on the ice for just over 17 against Ottawa and responded with his only point of the year. He's only played 5 of their 8 games so we might see the Blue Jackets stretch this one out for a while.

Not only is he leading Edmonton in scoring but the entire NHL rookie scoring race as well. His 7 points is much more production that either Taylor Hall or Jordan Eberle had to start their NHL careers and so far, he's arguably been Edmonton's best player. Could the Oilers send him back to Red Deer? Sure they could but I really doubt it now after the way he's been able to produce at the NHL level.

A couple of weeks ago our NHL Insider, Daren Millard from Sportsnet, mentioned that he'd heard talk about Gudbranson possibly returning to the OHL. We laughed it off because it sounds ludicrous. However, he's pointless and playing third pairing minutes on a team that is still looking to save money. It might not be as crazy as it sounds but I'm not ready to believe that the Panthers are going to send Gudbranson back to Kingston (even though he'd probably be dealt to a contender before he unpacked his bags).

I know that the Kelowna Rockets would love to get the 19-year-old forward back but I'm not sure that they will. Bulmer, a 2nd round pick by the Wild in 2010, has 3 points in 8 games during which his ice time has fluctuated dramatically. He played 4:27 (injury?) at home against Edmonton but 16:54 in Vancouver... 8:08 against Detroit but then 14 minutes in Edmonton.

Bulmer's performance in camp made Eric Nystrom expendable for trade so I find it hard to see that the team would then give up on him and return him to the WHL.

Portland still has room for the import on their roster and they sure could use him as they've come back down to Earth this year without two of their star players. Unlike Johansen in Columbus, Niederreiter hasn't been playing at all because of a groin injury. Still not practicing with the team as far as I know, I'm wondering if the Isles nurse him back to health, maybe give him a few games and then return him to Portland. It was a similar situation with Alex Pietrangelo and St. Louis a couple of years ago.

Prediction: Eventually back to WHL Portland

If he's not in New York then he's on the farm.

I don't know but my guess is that if he doesn't stick with the Sens then he would be returned to Sweden to play with Djugradens. That said, despite the lack of production, (1 point), I think there is something to be said for the Senators undergoing a youth movement and playing the future key players a lot this year. No one is under the illusion that Ottawa is a playoff team so Zibanejad may as well get as much experience as possible this year when there really isn't anything on the line.

First, Couturier appears to have found a home as he's already one of the top penalty killers on the Flyers roster playing over 4 minutes of PK per game. He's chipped in 4 points and is a +4 as well. I think the QMJHL has seen the last of him.

Schenn is a 1991 born player and so retains junior eligibility. However, many thought he could have played in the big league last year and if not for a minor injury out of camp, would have been with Philly from the start this season. Now back up with the Flyers, Schenn is playing big minutes so it's safe to say his CHL days are behind him.

Last but certainly not least... what to do with the Prince George Cougars marquee forward? In the summer I was almost positive that he'd be back with the Cougars because I didn't see a hole in Tampa's roster that he could step into. I did not see him playing with the big guns like he did during the preseason and as he has been lately. Now, he's averaging more minutes than both Steve Downie and Teddy Purcell, has a couple of points and is +4, second best on the team.