Back to Junior: Strome, Saad & Murphy 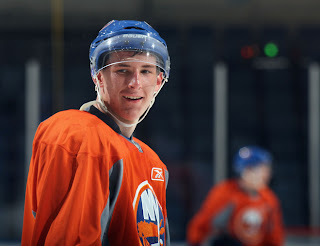 3 OHL skaters were returned to their junior teams in the past couple of days allowing fans, players and coaches alike in Niagara, Kitchener and Saginaw exhale. 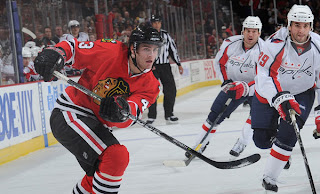 The Chicago Blackhawks surprised a lot of people by signing and keeping 2011 second round pick Brandon Saad for the start of the season. This is from a Jesse Rogers ESPN Chicago article regarding Saad.

"More than likely the only reason he lasted this long was due to injuries, and Dan Carcillo’s two-game suspension, which is over."

As the article suggests Hawk fans should expect to see Saad in a Chicago uniform next year, as he became the first player in 7 years, drafted outside the first round, to crack an NHL roster. In his 2 games, he registered 3 shots.

Saad returning to Saginaw couldn't come at a better time. The Spirit seem broken right now with just one win in 8 games have the 2nd lowest goals for in the OHL. He scored 27 goals in 59 games last year and will be expected to approach the 40 goal mark this season. 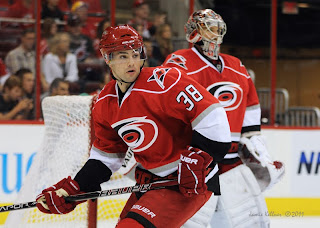 Ryan Murphy returns to a Kitchener team that has been very average as their 3-3 record suggests. The Rangers have scored 19 goals and given up 18. I would expect that to change now that the best puck moving defenceman in the the OHL and maybe the CHL returns to Aud.

As for Ryan Strome (top of page), the Niagra Ice Dogs will be rolling out the red carpet for the 106 point man from a year ago. Despite the heroics of Dougie and Freddie Hamilton the dogs are wounded right now with a 2-4 mark.
Posted by Dean Millard @ 12:33 PM