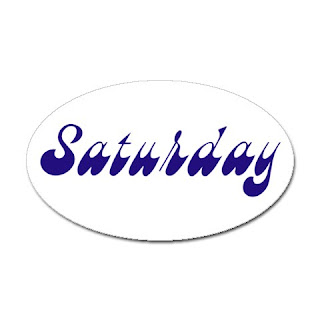 We closed out the month of April with plans to preview the RBC Cup, go over the CHL playoffs, discuss round 2 in the AHL and NHL and speak with the coach of the hottest team in Canada. Some of that came together as planned... some of it didn't.


The biggest problem with doing a live radio show is that every once in a while you run into a problem with a guest forgetting about the interview or you have a bad phone connection or even a wrong number. Those things happen. But not usually twice in one show. 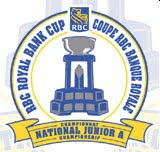 We kicked off the program expecting to speak with Jason Kasdorf, the netminder of the Portage Terriers who are one of five clubs in Camrose preparing for the start of the RBC Cup. That fell through because of one of the reasons above. Instead, Dean and I talked about the venue in Camrose and that club's recent history at the RBC Cup. We also touched on the CHL playoff action from Friday night as well as the role the US-NTDP plays in drafting and developing players before they turn pro.

In segment 2 we zipped out to Halifax and brought back Kevin Forbes from Hockey's Future and Future Considerations. We discussed the three remaining teams in the Q playoffs as well as the much debated plans of the Lewiston Maineiacs for next season. Kevin also touched on the coaching situation in Halifax with the Mooseheads.

In our third segment we were to be joined by Brian Munz, the voice of the Manitoba Moose, but he apparently didn't have access to a working phone at the time. Instead, Dean and I discussed the recent signing of Oilers prospect Anton Lander and we talked about what it must be like for a prospect who gets drafted by Detroit and has to accept that they probably won't see the NHL for a few years.

We were back on track at the top of hour 2 as we were joined by Kris Knoblauch, the head coach of the Kootenay Ice. The Ice have won 11 straight games including series sweeps over the Saskatoon Blades and Medicine Hat Tigers. We went into detail about the individual performances of players like Max and Sam Reinhart, Nathan Lieuwen, Brayden McNabb, Cody Eakin and Drew Czerwonka.

Segment 5 meant a visit from Daren Millard of Rogers Sportsnet. The NHL playoffs were in focus including the play of Steven Stamkos through round 1. Goalies always come up in this segment and this week we wondered if Washington might take a page out of Montréal's playbook and deal netminder Michal Neuvirth this summer at the height of his value. Plus there was more on the agenda with Daren as well. 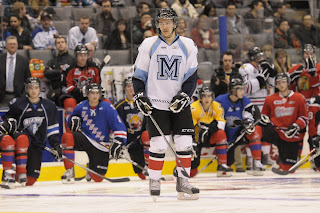 Finally, we wrapped up the weekend with our 2011 eligible guest - defenceman Stuart Percy of the Mississauga St. Michael's Majors. The Majors are hosting the Memorial Cup this year but are also headed to the OHL finals against Owen Sound. We got Percy's take on the series, the Memorial Cup, the Top Prospects Game and the NHL Draft as well.

If you missed any of those interviews or just want to hear them again, click the archive HERE.
Posted by Guy Flaming @ 12:01 PM