CHL Semi-Finals Living up to Hype

After the weekend's action in the Canadian Hockey League, only 2 of the six semi-final series features a team without a loss. As fans would hope for, the best against the best has produced terrific hockey and impossibly close games. You can offer up predictions but things are so tight that any combination of league finals really wouldn't be much of a shocker at this point.

Here is a look at where things stand right now across Canada.

In the QMJHL the top rated team in the country, Saint John, is ahead of Lewiston 2-0 but needed a miraculous comeback in game 1 to avoid trailing at home. The Maineiacs were ahead 4-2 with 6 minutes left to play but the Sea Dogs were able to storm back and eventually score in overtime to steal the victory. Lewiston play-by-play man D.J. Abisalih joined us on Saturday morning to comment on what could be a long series.

Game 2 was more like what many people expected to see; Saint John was up 4-0 and held on for a 4-1 win. The Sea Dogs held a 46-25 lead in shots and (36-12 after two periods) and now can put a death grip on the series with a win in Lewiston on Tuesday.

The other semi-final sees the Quebec Remparts in a 1-1 deadlock with Gatineau. We were told by Hockey's Future scribe Kevin Forbes to expect big things from the Olympiques, (maybe as the team to eventually take out Saint John), so seeing them win game 1 didn't shock us. It was a narrow 2-1 win but it was at the Colisee in front of 12,000 Remparts fans which isn't an easy feat to accomplish.

Game 2 appeared to be within Gatineau's grasp as well but Quebec scored twice in the final five minutes to win 3-2. After two games the shots on goal are almost dead even and both games ended in 1-goal differences. These two clubs are neck and neck in this one and either club could come out the winner. 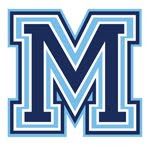 The OHL's Eastern Conference final features the Memorial Cup host St. Mikes Majors and the Niagara IceDogs. Mississauga is winning the series 2-1 but their wins have come very differently. The Majors captured game 1 with a 3-0 shutout but needed double overtime to take game 3. In between it was Niagara scoring 5 goals to earn game 2.

The home team has won every game in the series thus far with game 4 slated or Monday night in Niagara. The Hamilton brothers both have 14 points for the IceDogs, Ryan Strome has 11 points and Darren Archibald is scoring goals from between his legs. Meanwhile, Mississauga has kept the opposition to fewer than 2 goals a game in the playoffs while averaging almost 4 of their own. Maxim Kitsyn leads the offense with 11 points.

This really is a series that could go this distance and a Niagara win shouldn't really be considered a huge upset - Dean picked the IceDogs as OHL champions at the start of the playoffs and is feeling more confident about the pick as time has gone on.

In the Western Conference it's a familiar team versus new blood. Windsor trails the series 2-1 but it's the Spitfires who boast 6 of the top 7 playoff scorers in the OHL right now. Owen Sound has scored 16 goals in 3 games including a 8-1 thrashing in game 1. As is the case with the Eastern Conference, the home side has won each game so it's reasonable to expect another lengthy series.

Many, including both Dean and I, were quick to discount the Spitfires in their opening series against Erie. However, I think we were guilty of underestimating the experience on the club - Ryan Ellis, Kenny Ryan and Zack Kassian are quality players that have won the Memorial Cup. Jack Campbell in net has won the biggest prizes available to players his age. This is definitely a team you can't afford to underestimate.

The Western Hockey League's Eastern conference involves the #3 and #4 seeds from when the playoffs started. Kootenay swept Saskatoon to get here while Medicine Hat dominated the Red Deer Rebels on their way. After a goal-fest in game 1 that saw Kootenay take away a 6-5 overtime win, the Ice escaped game 2 with a 3-0 shutout and a 2-0 series lead.

The Tigers may get help from Tyler Pitlick who has been on the shelf since breaking his ankle late in the regular season. Apparently he has been close to returning and may have been good to go if the series against Red Deer had gone the distance. Now that Medicine Hat is down two game and headed to Kootenay, Pitlick might be good to go.

That series gets back to action on Tuesday night.

The only CHL game in the country on Sunday wasn't actually in Canada. Portland hosted Spokane in the second game of their titanic match. The Chiefs won the opener by a 2-1 score and tonight it was the home team coming away victorious by that same margin. Mac Carruth made 41 stops in game 1 and game 2 saw each team's netminder making 34 saves.

Tyler Johnson returned from his 1-game suspension and played for the Chiefs but didn't hit the score sheet. Portland and Spokane have both scored 46 goals so far in the playoffs and have identical 7-2-1 records as well.

Nothing makes playoff hockey more exciting than not being able to predict the outcome of games. As we are quickly learning, the 2011 CHL playoffs are definitely living up to the hype.
Posted by Guy Flaming @ 8:41 PM