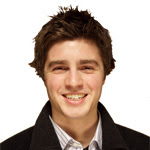 As heard last night on The Pipeline Show via our CHL insider Sam Cosentino (Sportsnet), the Soo Greyhounds are expected to name Kyle Dubas as their new General Manager. The 25-year-old worked 8 years for the OHL team as a scout but was most recently employed by Uptown Sports Management Inc. as the youngest agent ever to be an NHLPA certified.

Neate Sager from Yahoo! has an update today which includes links to various activity on Twitter that substantiates the rumors.

Dean reported on this blog a week ago that Pittsburgh scout Ron Pyette had interviewed. I can tell you of a third person, Edmonton Oilers scout James McGregor, also met with the Greyhounds last week about the vacant position with the team.

A press conference has been set for Friday where the Greyhounds will make their decision official.
Posted by Guy Flaming @ 6:36 PM

My apologies for not listening last night while I watching OHL and listening to Q and Dub games. Missed Sam with the scoop!

No worries buddy, you can't be every where all the time even though most of the time it seems like YOU are. Even a machine has to take time to cool down once in a while!