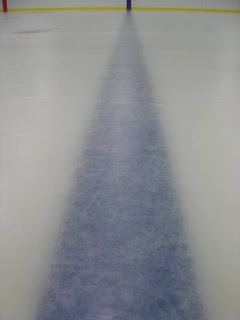 I know we're still over 2 months away from the 2011 draft but watching the post season this year made us realize how good the crop of defenceman is for the 2012 draft. There will likely be 5 first rounders from the WHL alone, and some think that of the 30 first round picks next year, 15 could be blueliners. the 09 and 08 drafts featured 12 each, while the draft some think is the best in years, the 2003 crop, produced just 7 rearguards in the first round. Here now are 5 from the WHL you need to check out.

5. Morgan Rielly-Moose Jaw
Rielly who grew up playing as Griffin Reinhart's defence partner was the 2nd overall pick in the 2009 bantam draft. He's the smallest of the 5 on this list at 6.0, 190 pounds but is a terrific skater with above average vision. Rielly is sound in his own end and while he won't likely grow to be 6.03 he's a smart enough player that size won't be an issue at the next level. Rielly's Warriors were ousted by Kootenay in the first round of the WHL Playoffs but the rookie did his part with 6 assist in 6 games, good enough for 2nd on the Warriors. Think John-Michael Liles or Brian Rafalski but likely a better skater at the next level. He will be named to Canada's U18 team later today.

4. Derrick Pouliot-Portland
Pouliot was the first overall pick in the 2009 bantam draft and this year joined a powerhouse Portland club. One scout described him to us as a 'Mini Ray Bourque' which means he can pretty much do it all. Pouliot has the ability to jump into the play, but more importantly knows when the right time to do it. Pouliot put up 5 goals and 25 assists with a +13 rating, but his numbers would have been much higher if the Hawks weren't so stacked pretty much everywhere. Some think Pouliot will be the first WHL dman taken, I'm not convinced just yet.

3. Matt Dumba-Red Deer
The biggest risk/reward guy on this list, will likely be more reward as he gets older. Dumba is the typical 'riverboat gambler' right now, in fact at times Rebels head coach Jesse Wallin has put him up front as a forward because of his constant rushing. He can and will jump into the play at any time, but also has a real nice shot from the point. Dumba's eyes light up at the site of a forward with his head down, much like another one time Rebel blueliner Dion Phaneuf.

2. Griffin Reinhart-Edmonton
The biggest blueliner on the list didn't look like a 16 year old in the WHL this year...atleast after he realized how big, strong and good he was. Like most rookies Reinhart (son of Paul, brother of Max and Sam) dipped his toe in the WHL waters before jumping in, but when he did only a broken wrist slowed him down. When Reinhart was injured late in the season he was at times dominating games. He's 6.04 and over 200 lbs already and skates like a 6.0 dman. He also has a booming shot and will develop a nice mean streak if his play at times this season is any indication. While he was pointless and minus 3 in the playoffs, he was obviously rusty after missing more then a month and a half of the season. Had he stayed healthy he would likely have cracked Canada's U18 team as an underager.

1. Ryan Murray-Evertett
Unless he is hurt, Murray will suit up for Canada at the U18's in Germany later this month. He's likely to be the first WHL blueliner taken next year and he could very well be a top 5 pick. He finished 3rd in Silvertips scoring with 6 goals, 40 assists in 70 games. He was also plus 18 on an 8th place club. He might be the smoothest skating defenceman in the WHL already and has tremendous leadership abilities. Last year he captained Canada's Ivan Hlnika team, and took over the C in Everett this season when Landon Ferraro was injured. Murray can QB a pp and start a breakout with one crisp pass. He's not the biggest guy at 6.0, 190 lbs but it doesn't affect his game very often.

Honourable mention goes to Seth Jones, who was a first round bantam pick of the Everett Silvertips in 2009. Jones will likely be a first round NHL pick but whether it's out of Everett or the U.S. National Development Program is up in the air.
Posted by Dean Millard @ 6:00 AM