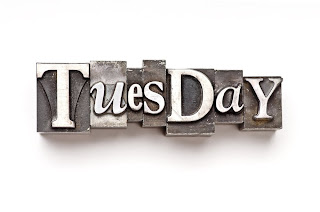 Tonight marked the return of the Prospect Guru Guy Flaming who as on the road last week at the Frozen Four, and it also meant he started another run, as missing last Tuesday's show broke his 268 consecutive show streak. The NCAA national championship was on the docket as well as the NHL draft lottery, Central Scouting's final list and the CHL Playoffs.


We kicked things off with the news of the night, that contrary to what the Oilers news release stated, the New Jersey Devils won the draft lottery. The Oilers simply didn't lose top spot, they already occupied it. Jersey was the big winner moving from 8th to 4th and that meant the Ottawa Senators were the losers dropping out of the top 5. Guy and I gave our top 6 lists:

We also took a few phone calls and emails with Oiler fans voting 71 per cent in favour of taking RNH first overall.

We broke away from the NHL talk to recap the Frozen Four with Kevin Pates of the Duluth News Tribune who told us the Bulldogs are still the talk of the State in Minnesota. Kevin told us what it means to the program and it's head coach Scott Sandelin. Whether he thinks either of Mike or Jack Connolly will be back next season and what winning it all will do for recruiting.

Just before the top of the hour Corey Graham the voice of the Edmonton Oil Kings stopped by the studio to weigh in our poll question, which is what Oil Kings will get drafted first, and you can vote here. Corey knows these players better then any media guy around and gave us terrific insight to each player. Guy and I also discussed how the Tri City Americans managed to sign 2 highly touted prospects this week.

To kick off the second hour Rick Jackson a scout for NHL's Central Scouting gave us his opinion on some of the WHL players ranked by CSS. Who jumped up the most and who dropped big time and why. Are there some sleepers out there? Rick also had some very nice things to say about former head of Central Scouting E.J. McGuire who passed away last week, and will be terribly missed by everyone in the hockey world.

We wrapped up the show with our CHL insider Sam Cosentino of Rogers Sportsnet. Sam also had a chance to speak about E.J. McGuire and how he influenced him as a broadcaster. We went coast to coast with Sam from teams moving in the QMJHL to Saint John losing out on the Memorial Cup, and Moncton possibly hosting an outdoor game. In the OHL there are several coaching and GM vacancies and some terrific playoff hockey being played and what the crowds are like. All 3 of us are stunned by how the WHL playoffs are developing, not that we didn't think Kootenay and Medicine Hat couldn't beat Saskatoon and Red Deer but just how they are doing it. Sam also chatted about a couple of former NHL coaches in Cory Clousten and Peter Deboer who were just fired and the chances of them returning to the CHL.

It was a packed 2 hours and you can relive it all or hear it for the first time by clicking......HERE.
Posted by Dean Millard @ 9:59 PM