WHL Playoffs:Blades and Rebels on the Run 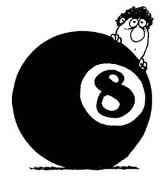 It would be insulting to the Kootenay Ice and Medicine Hat Tigers if you were shocked to see them both one win away from the second round of the WHL playoffs. But there's no doubt that it's surprising to see how they've neutralized their favoured opponents Saskatoon and Red Deer.


The Ice took a 3-0 lead tonight with a 3-0 home ice victory over the Blades. It was quite a different night for Kootenay pipeman Nathan Lieuwen who Saturday night stopped 50 shots in an overtime victory. He faced just 22 pucks and might have been able to take a nap in the 2nd when Saskatoon was outshot 17-4. only 4 in their 2nd period. The Ice weren't the most defensive team in the regular season but have found a way to shut down the highest scoring team holding Saskatoon to 3 goals in the first 3 games. Brayden McNabb (Buffalo) was a force with a goal and 2 helpers. The Blades will need more then Steven Sanford if they want to fight their way back into the series as Saskatoon's top 3 playoff scorers have been silent. Brayden Schenn has 1 goal, Stefan Elliot has a goal and a helper and Curtis Hamilton is pointless. Game 4 goes Wednesday in Kootenay.

In Medicine Hat it was the closest game of the series but the Tigers still came out on top with a 3-1 victory. The shots were nearly even and the game was tied in the 3rd until 2012 draft prospect Hunter Shinkaruk scored the game winner, just about 3 minutes after Red Deer had tied it up. With Oilers scout Bob Brown watching in the stands top ranked prospect Ryan Nugent-Hopkins was held pointless for the 3rd straight game. RNH has according to those watching played well but just can't bury one and is -4 . Thomas Carr and Alex Petrovic ended things with a bang by dropping the mitts at the end of the game, and that might carry over into game 4 Wednesday night.

Nino Neiderrieter was the difference in Kelowna as the Portland Winter Hawks flew past the Rockets 5-4 and now lead the series 2-1. The Islanders first round pick from 2010 tied the game at 2, and then gave the Hawks a 3-2 lead about 9 and a half minutes later. Portland never trailed after that and got 3 assists from Columbus 2010 first rounder Ryan Johansen. Fresh off his top 10 ranking by NHL Central Scouting Sven Bartschi set up 2 goals. Kelowna fired 42 shots at Mac Carruth with 31 coming in the first two periods. Kelowna can tie up the series or Portland can take a 3-1 lead with wins Wednesday night.

Spokane has replied big time since dropping the series opener with Tri City. The Chiefs have outscored the Americans 10-4 and took a 2-1 series lead Tuesday with a 4-1 victory. Spokane really revved things up in the 2nd taking a 3-0 lead while firing 18 shots at Drew Owsley who's faced 83 in the past 2 games. The Americans need to get their PP going as it's 1-9 in the past 2 losses. Game 4 is Thursday on the Americans home ice.
Posted by Dean Millard @ 12:31 AM

Way to go Hawks! Thanks for showing some love for Sven Bartschi (by mention). I don't think he gets nearly enough, especially for as high ranked as he is. He has been a major contributor to the Hawks success this season, but is often written off because he is on a "stacked" Portland team. As if he isn't responsible for the points he puts up day in and day out!

Also, very surprised to see how things are playing out in the Eastern conference. Very interesting indeed!