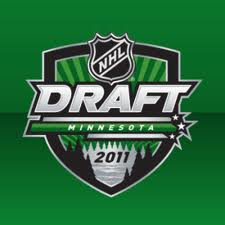 Part one of this series came out a while back with an in-depth report of how the scouting community views Oil Kings forward Dylan Wruck. Since then, the previously unranked Wruck has seen his stock soar and is now slotted in at #99 by Central Scouting on their final rankings.

The second part of the "Pickin' Brains" series asked scouts to name the top WHL blueliner available in the Class of 2011. That certainly got a lot of people talking and drew more attention to how close it is between Duncan Siemens and Joe Morrow.

Today we're talking goaltenders in the WHL. For much of the season the Class of 2011 looked weak in terms of future NHL metminders. As the season went on, John Gibson and Christoher Gibson became recognized as the top two pipemen to watch. But what about the crop from the Western league?

Question #3: Is there a clear cut, top netminder out of the 'Dub for the 2011 NHL Entry Draft?


You know the way this series was put together by now; 10 scouts from 10 different organizations were asked to comment on a number of different subjects or individual players. The opinions on the goaltenders were largely consistent which, to me, should lead to a pretty good forecast of what we can expect on draft day. 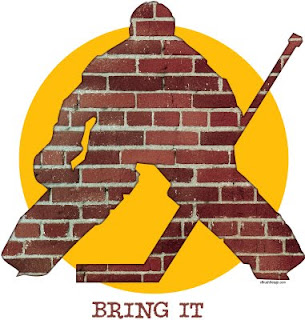 However, only a few of those players even got a mention by scouts when I asked the question. Be prepared... this won't be all flowers and rainbows.

"There is not a prospect in the WHL or even in the AJHL, not one guy that I would say “I really want to take this guy”.

"The guy I have #1 is Brossoit out of Edmonton. He’s a guy that I would be interested in drafting."

"No goalie for me out of the WHL this year, it’s been a disappointment."

As you can tell, there isn't a lot of love for the draft eligible goalies in the WHL this year. The comments on individual players that I did get back were brief but they do shed a bit more light on the subject. Here they are, by goalie in alphabetical order. 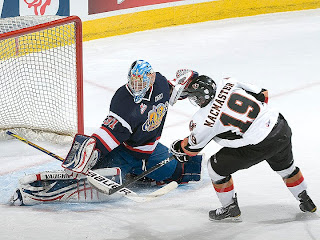 "I saw Brossoit play a lot including where he got a couple of shutouts. What bothered me was that [the Oil Kings] still didn’t seem to want to run with him down the stretch and I couldn’t figure that out. If the coaches don’t feel that he can do it..."

"Brossoit didn’t play enough where I’m comfortable to go to bat for him. I think he’ll be OK but 'thinking' and 'feeling confident' are two different things."

"Of the goalies this year I think Brossoit has the most potential because of his size and his athleticism. But he's really raw."

"If Brossoit had carried the workload through the second half of the year I think he’d of had a chance to be the top guy. Now I'm not sure."

"We would draft Brossoit and do it mostly because of his size... we could teach him to play afterwards. But that would be in the 5th round or later though." 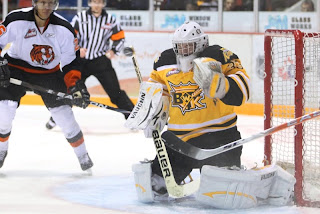 "I’d see Liston play really well in Brandon and then the next week in Red Deer and Edmonton he'd be terrible. He still has a chance to get drafted but... not by me. He's way too inconsistent for me. "

"Liam Liston was battling through groin injuries for much of the year plus his defence in Brandon was really young. He wasn't always the problem there when they struggled."

"I saw Liston play in Brandon... he looks like the puck scares the hell out of him."

"For me it goes Liston, Brossoit and then Williams but we're talking well after the middle of the draft." 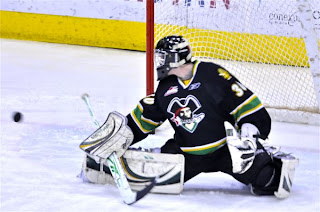 "I liked Williams in the first half of the year but he’s 5’11 and boy, that’s just not doing it no more."

"He was OK but he’s inconsistent. For me he’s too small and he’s average."

"Williams has the best profile but he’s small."

"Eric Williams is a small goalie and I didn’t see him steal a game for his team all year."

"I’ve seen Eric Williams play and I like him but I don’t know what his upside is. The NHL is not drafting small goalies. Taking 5’11 guys is a gutsy move but everyone is drafting 6’5."

Two scouts indicated to me that despite how average this year's crop of goalies from the WHL appears to be, there is someone that they think will get drafted who could be a notable player.

"I think the first time eligible guy that gets drafted out of the WHL is... Williams or Brossoit. I think there will be a guy taken before both of them though, an overaged guy."

"I think of all the guys in the WHL, he’s already gone through a draft, but of guys that have shown that he can actually play... it’s (Nathan) Lieuwen out of Kootenay. I think somebody will take a shot drafting him." 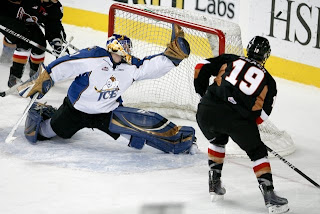 Laurent Brossoit is now the top ranked WHL goalie according to Central Scouting and he does seem to get the most praise here with Williams coming next despite concerns of his size. Liston's inclusion at the Top Prospects Game surprised many that I spoke with and although he didn't allow a goal against there, he didn't really impress either.

Nathan Lieuwen's extended playoff run with Kootenay will certainly help his cause and although Central Scouting doesn't include the 6'5 19-year-old probably stands a fair chance of being the first guy called down in June.

Thanks for doing this, i love seeing opinions on Goalies. I've heard its a bad year for tendy's, but didn't know the opinions were this low. No surprise about Lieuwen though, as well as Kasdorf, seeing as their both big. Too bad no one wants to give smaller guys a chance anymore.

Also, any chance for an OHL or QMJHL one of these for goalies?

Glad you are liking the series. I will not be doing an OHL or Q specific one but Dean and I do have some interesting and unique things in store in our lead up to the draft. I think you'll like those.