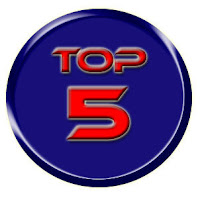 5. Brandon Sutter-Carolina-11th overall
Sutter really impressed me against the Oilers Monday night, and before the game Paul Maurice told the media that Sutter is one of the big reasons for Carolina's turnaround this year. Brent's son, won 79 % of his face offs, including one that led to a goal and another he won with 2 minutes to go with an extra attacker on the ice. The former Red Deer Rebel would be on pace for close to 45 points this year had he played a full season in the NHL, and is only -2 on the 2nd worst team in the league. Heading into Wednesday Sutter has 5 points in 5 games and 24 in 46 overall. A giant step up from his 6 points in 50 games last year with Carolina. For me Sutter is on his way to a Jordan Staal type player, with a ceiling of Mike Richards.

4. Jakub Voracek-Columbus-7th Overall
Voracek's last season in junior with Halifax saw him rip it up with 101 points, so big things were expected from the big Czech forward. Was a 38 point season a success in his rookie year with Columbus? It wasn't terrific, but consider that not a lot of rookies thrive under a Ken Hitchcock regime. Voracek has one goal less in 56 games this year than he had all of last year and should up his point totals modestly this season.

3. David Perron-St. Louis-26th overallPerron is the biggest steal of the 2007 draft so far, as the late first round pick has developed extremely fast. Perron played only one season in the QMJHL with Lewiston where he had 87 points. He cracked the Blues roster as a rookie and contributed with 27 points. Last year he notched 50 points, good for 3rd on the Blues, one more than veteran Keith Tkachuk. St. Louis has taken a step back this year and Perron hasn't been immune to that, but he shouldn't fall to short of his sophomore totals.

2. Sam Gagner-Edmonton-6th overall
While Gagner's total's did drop from 49 points to 41 last year, he's on pace to get close to the 50 point plateau this season. The chemistry between Gagner-Andrew Cogliano-Robert Nilsson didn't continue past their first year with the Oilers, and there has been a lot of line juggling ever since. He hasn't had the numbers of his former London Knight teammate Patrick Kane (see below) but his 123 points are the 2nd most of anyone taken in 2007. Known as a slow starter, Gagner had 10 points in 10 games to start the year, and his heating up once again now with 11 points in the Oilers last 13 games.

1. Patrick Kane-Chicago-1st overall
Easily the most successful player from 2007 with a 72 and 70 point season to start his career, and this season on pace for almost 90 points. Compared to other first overall picks before and after him Kane is obviously behind Sidney Crosby (2005) ahead of Erik Johnson (2006) and should be passed on the development curve next year by Steve Stamkos (2008). I put Kane 5th out of the 1st overall picks in the last decade.

Honourable Mention to James Van Riemsdyk who's 3rd in rookie scoring this year, Wayne Simmonds who's become a valuable part of the LA Kings, and Logan Couture who's tearing up the AHL. As for some picks that have taken a while. Kyle Turris, Thomas Hickey and Karl Alzner taken 3rd, 4th and 5th overall in 2007.
Posted by Dean Millard @ 3:02 PM

Gagner #2 in that draft? The Oilers coloured glasses are on. He might be the worst thing the Oilers could have done in that draft overlooking Voracek, who is a center and a Czech to play with Ales Hemsky. Oh as an added bonus he has size and brings more to the game than Sam Smurf.