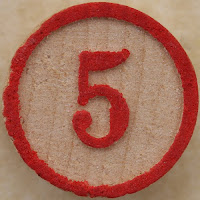 I know what you're thinking: The 2010 draft is still 6 months away... why bother with a 2011 list? But if you know anything about what we do here at Coming Down the Pipe! and on The Pipeline Show, you shouldn't be too surprised. We always have our eyes on the future.

I keep hearing about how bad the 2011 NHL Draft is supposed to be and yet I find that to be a little misleading. Afterall, the 2008 WHL Bantam Draft was one of the strongest in recent memory and there is a blueliner available who some have told me might be the best player in his position to come out of Europe in a very long time.

It might be a bit of a down year for the OHL, compared to recent years, but does that make 2001 a weak draft class all on its own? Of course not but still I am told that the overall depth won't be the same as we've had with 2008, 2009 and the group available in June of 2010.

I still think the top end of 2011 looks pretty darn good. Here's why:

There are a number of guys who could have made my Top 5 and did receive consideration. There are 18 months between now and the 2011 Draft and the only thing that is a certainty at this point is that the Boston Bruins, armed with Toronto's 1st rounder in 2010 and 2011, are going to be pretty happy once again. 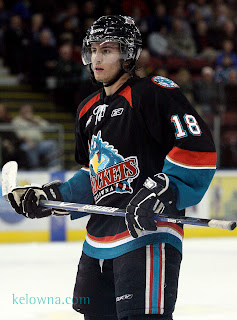 The first of 3 American born players to make my list, McColgan is the leading scorer for the WHL's Kelowna Rockets this year. The dynamic forward hails from Manhattan Beach, CA and follows in the footsteps of recent top WHL players to come from the Golden State like Mitch Wahl, Colin Long and Jonathon Blum and this year's Emerson Etem.

McColgan (Photo: Chris Stanford/Kelowna.ca) just turned 17 on New Year's Day. He was the 13th player taken in the 2008 WHL Bantam Draft which, in hindsight, appears to be a huge steal for Kelowna. Some will point to the fact that he ended up with the Rockets suggests that the team may have enticed the forward Northward. According to one league GM I spoke with recently, his club (picking top 10) would have been all over McColgan at the draft if they could have gotten an indication from him that he was not going to go the NCAA route. Apparently he wasn't 100% certain so they passed on him. At the same time, that same GM made it very clear that he did not get any indication that McColgan, or his agent, were looking for cash in exchange for their commitment.

He's not big but he's fast and has terrific offensive skills, McColgan should be a guy who features on American entries at the U18s and the World Junior Championship over the next couple of years. 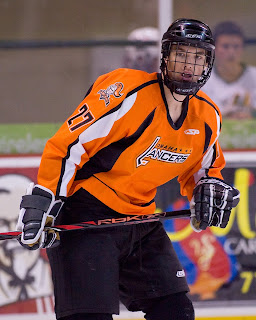 If a team is looking for a traditional power forward, Ambroz might be the perfect fit. The native of New Prague, MN is an imposing figure on the ice despite his young age. He won't turn 17 until April but at 6'3 and 205 lbs, Ambroz is already man sized. Committed to the badly struggling Minnesota Golden Gophers for next season, Ambroz is going to be one of the rare true freshmen who, should he eventually stick in NCAA hockey for a full four years, will be just 21 when he graduates!

He was drafted by the Seattle Thunderbirds of the WHL but told McKeen's Hockey in December that he fully intends on becoming a Gopher.

Ambroz (Photo: USHL Images) led USA to a gold medal victory at the Four Nations tournament held in Slovakia this past November. In September, Mike Morreale wrote a nice feature on Ambroz for NHL.com and I've been regularly checking up on him ever since. As a power forward he does all the things you would expect; battles, drops the gloves (71 PIM in 33 games), scores and plays physical. He's got winner written all over him.

I had a hard time not putting Couturier higher than this, I mean, look at the numbers he's putting up and the digits in the height and weight column. So why didn't I? (See #2 Below). 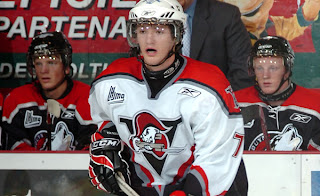 It's interesting to note that, according to the QMJHL, Couturier is American born - Phoenix Arizona to be precise. Drummondville's website and HockeyDB.com both list him as being from Bathurst, New Brunswick and he's played for Canada during the Subway Super Series and the Ivan Hlinka team as well. Couturier is the son of Sylvain Couturier, a veteran of minor pro hockey that spent many seasons in the IHL including 3 in Phoenix with the Road Runners. That clears up the confusion. His dad is the GM of the Acadie-Bathurst Titans in the QMJHL.

Before beginning his junior career, Couturier played one season in Wilcox, SK for the Notre Dame Hounds. It was a character building experience which he's expanded on since joining Drummondville in 2008-09. He's already won the QMJHL Championship and played at the Memorial Cup so, combined with his international experience, Couturier is already pretty seasoned and well rounded.

In regards to Couturier as a player, he's described himself using Jordan Staal as a comparable; a big, strong forward with offensive skills but one that is also able to play in his own end as well. Highlights show Couturier to be adept at all facets of the game, can play any role and I've read reports that draw favorable, yet reasonable, comparisons to Vincent Lecavalier. I'll be accused of being a WHL homer on this one by having Couturier 3rd but I do so because Dean and I have been told by people paid to watch and assess players across the continent... that the best 16-year-old in Canada plays in Red Deer.

Ryan Nugent-Hopkins (Photo: Gary Petersen/WHL.com) was selected 1st overall in the 2008 WHL Bantam Draft and made his debut with the Rebels last year collecting 6 points in 5 games. Agile, shifty, extremely gifted as a playmaker and dangler, Nugent-Hopkins is a thrill-a-minute type player. Radio voice Cam Moon told us back in September that the 15-year-old B.C. native impressed him more than any 1st round pick he'd seen with the Rebels in his 12 years behind their microphone. He lead his BC Midget league in scoring with 87 points in just 36 games last year and has been able to bring that offence to the WHL this season.

The obvious concern here is that at 6'0 and only 160 lbs, he's of slight build. he actually reminds me a little of Kyle Turris who was the same height and just 5 pounds heavier at the 2007 NHL Entry Draft where he was taken 3rd overall. Vancouver's Mason Raymond was around 170 lbs on draft day too so there is still plenty of time for Nugent-Hopkins to beef up a bit. 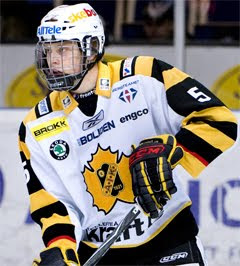 Coming in at the top spot for me is the next big thing out of Sweden, a 16-year-old defenceman that we all just saw play more than a regular shift at the 2010 WJC despite being the only underage player on his team. Adam Larsson is putting up impressive offensive numbers in the Swedish Elite League this year. He is teammates with 2009 NHL first round picks Tim Erixon (CGY) and David Rundblad (STL) and is outscoring both of them.

Recently someone asked me how I would compare Larsson to Victor Hedman, the 2nd overall pick from the 2009 Draft. At the time I hadn't seen Larsson (photo: Skellefteå Bildbryan) play so I couldn't honestly answer the question. I watched the WJC and saw how smooth Larsson is, how big and strong he is and I was impressed. Then someone else suggested to me that Larsson might be even better than Hedman and I thought, "You know, it wasn't all that long ago that there was debate that Hedman could go 1st overall at the draft. He is supposed to be the best Swedish defenceman since Nicklas Lidstrom so should we really be talking about Larsson on that same scale?"

I had the chance about 10 days ago to privately ask someone that very question. This would be a person who is paid to know these things and happens to have watched the two players first hand since they were kids. My question was simple: How does Adam Larsson compare to Victor Hedman? Who will be the better player in the long run?

"Larsson - no question. Hedman is an exceptional player and will be a star in the NHL for a long time. Larsson is already better than Hedman was at the same age. Adam Larsson is going to be a superstar in the NHL."

I was more than a little surprised; there was no hesitation, no moment to ponder. Just "Larsson... no question."

Things can change over the next 18 months. Some guys not listed here will raise their stock as their development curve takes a sharp incline. It's also reasonable to expect one of the above to take a step backwards but don't ask me which one that might be. Remember Tommi Kivisto, Tomas Vincour and Johan Motin? All were considered legitimate 1st round prospects at one point all were eventually taken after the 3rd round.

I should list a few guys as honorable mentions just so readers don't think I had blinders on; "You don't know anything! How could you not even mention __(insert name)__!?!?"

So in short, here are a few guys that were in the conversation:

Yes, it looks very WHL heavy but like I said early on, it's a very strong year for the Western Hockey League. 2011 might be an off year for some leagues but that's not the case for the 'Dub. If you want to suggest some names to be added to the list (like some more US-NTDP players)... go right ahead and leave them in the comments section.
Posted by Guy Flaming @ 6:00 AM

I was able to catch the US NTDP this weekend against Maine and I came away very impressed with Brandon Saad, a late 92 birthdate. He should make USA's WJC team next year.

Brandon Saad will go top 5 NO DOUBT. He's a big kid with speed, hands, and a shot that very few NHLers can match.