No Dean Millard in studio this week as he's back in Brandon visiting his dad and helping him bail water out of his sunken basement. But the NHL draft waits for no man and so I was forced to trudge on alone (sympathy?) with a full slate of guests. We covered the NHL, NCAA, CHL, the draft, the QMJHL, Hockey Canada's summer goalie camp, the Oil Kings, the NHL combine and there was probably some other stuff in there as well. 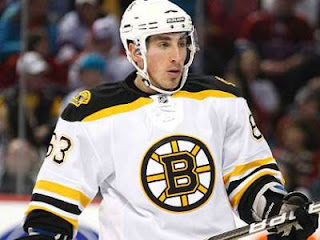 We opened the show in fine style with a conversation with our old friend Jimmy Connelly from USCHO.com who is in Boston and covering the Stanley Cup Finals. How are Bruins fans feeling after Game 3, the injury to Nathan Horton and the suspension to Aaron Rome? Has rookie Brad Marchand been anything less than terrific? We also went to Jimmy's wheelhouse which is Hockey East in the NCAA - coaching changes and scouting reports on Jamie Oleksiak, Matt Nieto and Adam Clendening squeezed in as well.

Next up was the return of Islanders Point Blank scribe Chris Botta. How does Doug Weight's transition from player to coach change things for the club? Who is ready to step up next season? Can Nino Niederreiter step right into the NHL next Fall? What about former Denver Pioneer teammates Rhett Rakhshani and Matt Donovan? And is the situation with Jason Gregoire and Blake Kessel an indication of players not wanting to play on Long Island or is it something much simpler than that? 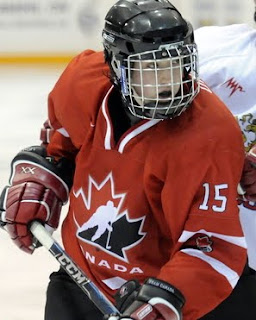 Segment 3 was my discussion with 2011 eligible forward Alan Quine from the Peterborough Petes. The former 2nd overall pick in the OHL Priority Draft played twice for Canada this past year, was one part of a blockbuster trade in the OHL and had a pretty decent season to boot. Quine also gave us a nice scouting report on fellow Petes forward Matt Puempel.

Sam Cosentino checked in from the dugout at his softball game for his weekly CHL segment. The Sportsnet analyst went over the reasoning behind the Lewiston MAINEiacs contraction/dispersal and weighed in on Nathan MacKinnon's situation in the QMJHL after being drafted 1st overall while he skated in Omaha with the USHL's Lancers. How about all the CHL coaching vacancies right now? Does it take NHL experience these days to land a CHL job? 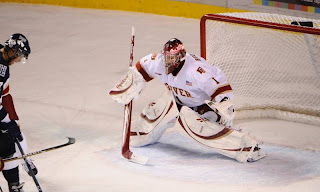 Hockey Canada has invited ten U20 eligible goalies to Calgary for a summer camp. One of them is Cowtown native Sam Brittain, the only invitee who plays in the NCAA. The Florida Panthers draft pick should get consideration for one of the 4 spots at the August U20 camp based on his excellent performance last year with the Denver Pioneers, his size and his abilities. Brittain also talked at length about his year in Denver and relived his draft day experience. 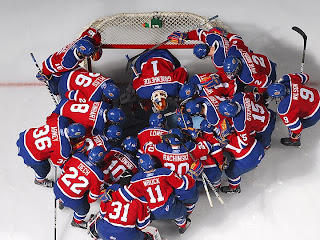 Finally, the voice of the Edmonton Oil Kings joined me to discuss several current stories around the team. Mark Pysyk has signed on with the Buffalo Sabres, is he expected back in the WHL next year? Three Oil Kings were in Toronto for the NHL combine, two others are likely to get drafted as well... right?? 2011 1st round pick Aaron Irving as well, a big piece to the club's future puzzle.

It was a busy show with lots of interesting topics and guests. If you missed any of it or just want to listen over and over again, you can do so by clicking the archive HERE.
Posted by Guy Flaming @ 10:41 PM

SYMPATHY? Good lord man, you're solo most of the time! You should change the intro to "now your host Guy Flaming, with special guest Dean Millard!"

Truth in advertising and all that.

ha ha... thanks for that Al but the show is much better when Dean is there. (in my opinion).

As he has said numerous times, he steers the ship and I'm the engine... but he's selling himself short there too. At one time I may have been the "prospect guru" compared to him but after 6 seasons he's not taking a backseat to anyone.

Keep up the good work on Saturdays.