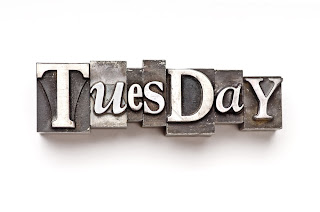 Tonight Guy and I recapped the NHL draft, from Anaheim to Winnipeg and everything in between. Also, which guys weren't picked but will be coming to an NHL training camp near you this fall? 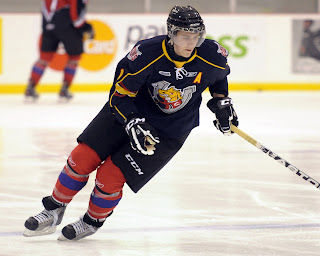 We were joined by the first pick of the new Winnipeg Jets Mark Scheifele who went 7th overall. What a great story in that the Jets first pick is coached in Barrie by Dale Hawerchuk. Mark told us how by chance he became a forward and what the jump from Junior B to the OHL was like last year. The last 3 first round picks of the Winnipeg/Atlanta franchise have played in the NHL the very next year and Scheifele thinks he can as well.

The Toronto Maple Leafs made some moves in round one and head amateur scout Dave Morrison was our guest to break down their picks. From power forward Tyler Biggs to steady eddy D-man Stu Percy the Leafs did very well despite not taking a player from the WHL. Dave told us about later round picks with skill that they couldn't pass up and how they won't shy away from college bound players like some organizations. 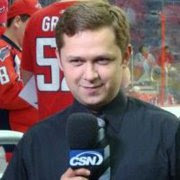 Yahoo Sports writer Dmitry Chesnekov also stopped by and filled us in on the trade that sent Nikita Filatov to Ottawa, a trade he broke to Filatov while the one time 6th overall pick was on vacation. Will Filatov make it work in Canadian capital and what happened in Columbus. Dmitry also broke down this year's crop of Russians and why Tampa wasn't afraid to take 3 Russians with their first 3 picks. We also spoke about next year's draft and how Russia could go 1-2. Don't know who they are yet? You'll find out by listening to our show. 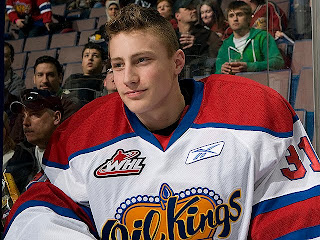 We wrapped things up with a conversation with Oil Kings netminder Laurent Brossoit who is now a Calgary Flames draft pick. He was part of 3 Kings to get selected and told us about joining the Flames organization, what is summer is going to be like and how this affects his approach to next season.

It was a packed show as usual with a lot of draft talk. This Saturday it's our tribute to Hockey Canada/USA Hockey. With our show falling in between Canada Day and the 4th of July we thought it would be the perfect time to go in depth with both organizations. Saturday from noon-2 eastern time. But until then you can catch tonight's show...here.
Posted by Dean Millard @ 9:53 PM