Barr to coach in Moose Jaw...if he wants it. 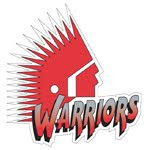 Arrived this morning in Minneapolis for the NHL draft and it's always great to be surrounded by scouts, GM's and agents because you pick up some great information.

A very reliable source has told TPS that Dave Barr has accepted the head coaching job in Moose Jaw, but has the opportunity to explore NHL options before making it official.

Barr's last 2 jobs were in Minny, a story we first told you, and with the Colorado Avalanche but before that he was the bench boss for the Guelph Storm of the OHL over 4 seasons where he was named OHL coach of the year once. He also coached Canada at the U18 level with the Ivan Hlinka tournament. That was the infamous Kyle Beach - team OHL incident, where Beach taped OHL on his Canada jersey because he thought OHL players were getting preferential treatment.

Barr was the first choice of the Lethbridge Hurricanes 2 years ago but he turned down the Canes to join the Wild bench and Lethbridge brought in Rich Preston.

It's expected that Barr will make a decision on the Moose Jaw job shortly after this weekend's draft.
Posted by Dean Millard @ 4:54 PM