***UPDATE: As a result of the trade on Thursday and Dean's presence in Minnesota, we've taken the liberty to make a minor tweak or two to our mock drafts. Dean's two alterations come at the #2 and #4 position while Guy tinkers at #8 and #9.***

The 2011 NHL Entry Draft is on the immediate horizon and it's an event that we have been building up to on The Pipeline Show since September. After nearly 10 consecutive months of interviews with eligible players, coaches, scouts, pro and amateur executives, knowledgeable media and more we have a much clearer picture of what this year's draft could look like.

Of course even the best mock draft can spiral quickly out of accuracy with a single trade or a surprise development on draft day - see Thomas Hickey going 4th overall in 2007 Cam Fowler dropping outside the top 10 in 2010.

Almost anything can occur on Friday and the only thing anyone should be absolutely certain of is that something unpredictable will happen.

That said, The Pipeline Show's annual mock drafts are ready as both hosts have penned their own. Guy's comes out Thursday but mine awaits you on the other side of the jump. 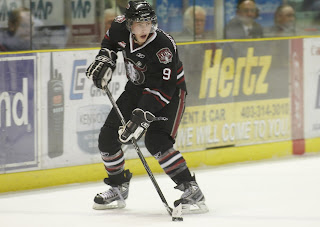 While I think the Oilers have much better forwards than defenceman and could use a franchise #1 blueliner, it’s hard to ignore the possibility of RNH in between Jordan Eberle and Taylor Hall. Size is not a concern for me as he’ll grow and he’s extremely hard to hit. Nugent – Hopkins will become the first WHL player selected first overall since Chris Phillips in 1996. The first forward from the west since Mike Modano in 1988, and the first Canadian forward from the ‘dub to go first since Joe Murphy in 1986.

Since I've been in Minnesota I'm hearing more and more that the Avalanche have their sights set on Landeskog. With that said, I have to alter my original prediction and bump Larsson down a bit.

After stocking their back end over the past couple of years the Panthers get a #1 centre that can finish and set up his linemates. The Memorial Cup MVP simply got better each game this year and barged his way into the top 5. He’s skinny now but some think he could play at 200+ pounds.

Big, strong and skilled…the Devils add an impact and potential franchise defenceman to the organization.

His hockey IQ is through the roof and he was a major minute muncher for the Ice Dogs this year. The Islanders have built up their stable of forwards and Hamilton will anchor their blueline for years. Physically and mentally ready to play next year.

Ottawa gets the complete package with Couturier who will be able to learn a lot from Daniel Alfredsson. While he dropped in most rankings throughout the year, it does not mean in any way that he is a suspect. 96 points in less then 60 games means there is high end skill in a large frame with an ability to play in all situations. 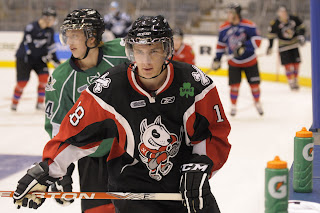 In our head to head series a lot of scouts told us that Strome isn’t that far behind RNH in terms of offensive skill. Winnipeg wants to make a splash and by getting a guy that had the same amount of points as the first overall pick, people will notice. Sets up very nice 1-2 punch down the middle with Burmistrov in the future.

Gives the Flyers a future shut down dman that likes to send forwards flying. Siemens can also skate very well and might develop more of an offensive touch. Could be a better skating Adam Foote.

Boston is set up front and will add the best PP QB in the draft with Murphy. He’s a better version of Ryan Ellis and is tougher then most think due his small size. Skates very well and his motor is always running.

No player has quietly jumped into the top ten more then this Swede with speed and size. Has a knack for offence that is only bettered by his physical play. Will be a very nice 1-2 combo down the middle with captain Miko Koivu.

The AVs grabbed Swedish power forward Gabrial Landeskog, who could be a Peter Forsberg clone, and now they snag a Finnish forward with power. Armia has good size and can finish while dishing out punishment.

The Canes get pure skill in the Swiss can’t miss. He follows his countryman and Portland teammate Nino Niedereiter who went in the first round last year. He’s not as big and mean as Nino but might be just as skilled. 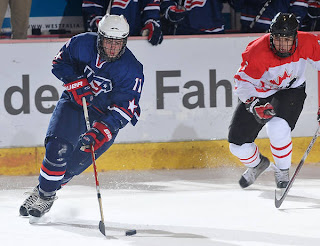 The Flames get size and skill in Miller who was dominant for the U.S. program at the U18 World Championship. Miller has a terrific shot and would rather go over defencemen then around them.

The Stars get a guy who’s bursting with offensive ability but who isn’t a liability in his own end. Kelfbom was dynamic at the U18 and will be a PP QB when he reaches the NHL

The biggest wild card in the first round goes to the big apple. Some scouts see more talent in Grimaldi then Buffalo Sabres water bug Tyler Ennis. He works hard, has blazing speed and sick hands. Grimaldi will one day be a fan favourite in New York.

The Sabres haven’t been shy about taking small players but they go big with McNeill. The power forward has the size and leadership that Buffalo loves.

The 2nd best skater in the draft from a blueline point of view (Murphy is the best) Brodin uses his smooth stride to skate the puck up ice and get back to his own zone. A very reliable 2 way guy.

The Hawks add to their stable of skilled forwards with a guy who will make room for Toews, Kane and crew for years. He’s huge and has a mean streak that will have NHL dmen looking over their shoulders. 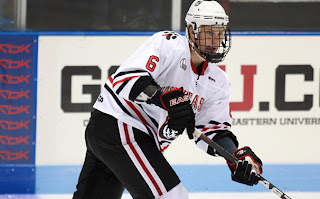 6'7 and 240 pounds. Enough said. The Oilers crave his size and ability. Oleksiak is probably the most improved player in the draft from a year ago and he’s a college freshman.

An offensive dynamo, Beaulieu is a point machine. He was top dog in Saint John among blueliners for two straight years. He does have some defensive liabilities but will bring the offence every shift.

Mayfield gives the Senators some size on the back end and dependability. He didn’t put up a lot of points in the USHL this year but some scouts think he will show more offence at the next level. Very steady Eddy type guy.

Injuries kept Puempel out of action during the OHL season and the U18 World Championship, but he’s a pure scorer and could be a guy you look back on in 5 years and wonder how he lasted this long in the draft.

One of the better face off men in the draft Rask is a great skater who dishes the puck more then the shoots it. Good size as well. 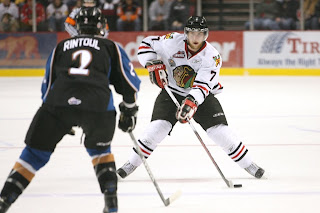 An excellent skater who can play a shut down role. He’s not overly big but is great positionally. A very safe player who might develop more of an offensive touch down the road.

Skill, skill, skill. That’s what Rattie brings. His hands can be mesmerizing and just when you think you have him, he spins away and sets up a goal. He’s not big but he makes up for that with terrific puck skills.

Mr. dependable is what they will be calling this guy in Washington in a few years. For a team full of flashy forwards Jensen is the anti Cap forward, but in a good way. He brings a strong two way game with great top end speed through the neutral zone.

Another big body forward who has high end speed and good offensive instincts. Will have to improve consistency to play for Guy Boucher though.

Really impressed at the U18. Battles hard in front of the net and has good speed. Isn’t amazing at anything but also doesn’t have a lot of weakness either.

Vastly improved from the start of the season until the end. Was unranked by NHL central scouting to start and was 25 by seasons end. Confident and competitive describe Murphy who has been compared to Alex Edler.

He’s not big, but he’s also not scared of gritty areas. Lightning quick hands and feet, he has the potential to be a dynamite offensive player at the next level.
Posted by Dean Millard @ 6:00 AM

Toronto has the #30 pick, not Boston.

Beaulieu dropping to #20 would be an absolute steal, but stranger things have happen.

I'll share the blame on that one since I did the editing. Just an oversight and I don't think it changes Dean's prediction... but if it does he can let me know.

Great mock, Millard! Hope you helped Flaming with his!

I get that Siemens seems to be more highly rated by others than by me, what do you make of his offensive upside going forward, and what would you expect out of him next year with SASK being a weaker squad next year, and him playing without Elliot (who, AFAIK, he played with a good chunk of the time)?

For the record Lowetide... I had mine done and locked into the blog before he had his in. We just agreed before hand that his would come out on Wednesday because he was flying to Minnesota at the time so wouldn't be able to do anything else anyway.

So just because my mock will be WAY better than his... doesn't mean he helped me in any way. So there.

@ Speeds - you'll have to forgive Dean if he is slow in response or doesn't get the chance at all... he's actually shadowing RNH for the next few days, literally. He's got unprecedented access with him for stuff he's doing for Global 9should be watching the next few days for sure).

I don't think anaheim passes up Scheifele they have targeted a couple centers, my guess is they are Grimaldi, McNeil and Scheifele. But I'd be happy with Peumple....

Sorry but your guys picks for the Rangers just do not fit into what Gordie Clark/Jeff Gorton are trying to.

Grimaldi is a wasted pick because the Rangers already have 3 5'9 players in the system as it is.

Joe Morrow selfishly I would like since he is a good player but with the lack of depth on the right side have to pass.

If you are seriously looking for a Ranger pick then you find a RW who will finish join Kreider and Stepan.