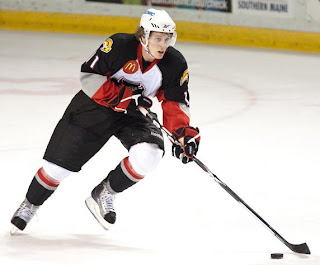 The AHL Rookie of the Year and key prospect of the Buffalo Sabres will be in studio during this week's edition of The Pipeline Show.

We're excited to have Tyler Ennis live and in person with us for about 45 minutes on Tuesday. Not sure if we'll open the phone lines to take live calls or not but you sure can email us your questions or comments for Tyler.

You can send you email questions to us at the Edmonton Springs Inbox which is: pipeup@theteam1260.com 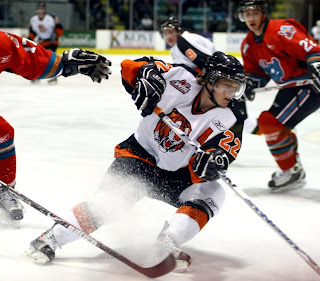 Ennis was a 1st round draft pick of the Buffalo Sabres in 2008 (26th overall). This year he had 65 points in 69 games with the AHL's Portland Pirates but also appeared in 10 NHL games with the Sabres where he contributed 9 points. He also played in all six playoff games for Buffalo and he chipped in with 4 points against Boston.

The Edmonton native played 4 seasons with the WHL's Medicine Hat Tigers scoring 43 goals in back-to-back seasons. He also played for Canada in the 2009 World Junior Championship in Ottawa.

For men who want bigger, harder, longer-lasting erections, there's now VigRX Plus™, a fresh twist on the already popular VigRX™, but designed to further enhance men's sexual functioning with the addition of three exciting new ingredients: Damiana, Tribulus, and Bioperin. Doctor endorsed and rated #1 for results by clients of penis enlargement consumers. rated two penis pills is vimax. if you find about male enhancement this products is the best and proven to work, there products have money-back guarantee in effectiveness and result.