~
For the last several month we have been fortunate enough to have a foursome of 2009 eligible prospects guest blogging with us. With the draft almost here, Ethan Werek of the Kingston Frontenacs has found time in his busy schedule to update us once again on what's happening right now as he gets set for what might be the biggest day of his life thus far. 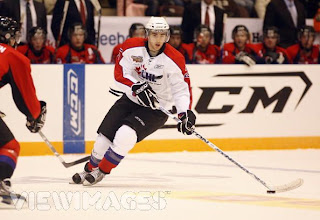 With the draft at the end of the week its hard not to think of it. I am anxious and excited for it, but I know that after all the rounds are completed on Saturday night that where ever, and when ever I get picked, that I’m in the same situation as every other player my age.

It will be a great day for my family because as much as this is my draft it is theirs as well. Without the love and support of my parents I can honestly say that I would not be where I am today, not just in hockey but in life. They have given me every opportunity to pursue my goals and have sacrificed their time to help me. Whether it was driving me to hockey or helping me with my home work they have always been there for me. Since the combine I’ve met with one team (Colorado) but other then that it’s been back to normal life-- working out, skating, playing some golf, and getting together with friends. I have recently come out of retirement from golf and I now realize I should have never come out. If I get under a 100 I consider that a good day. 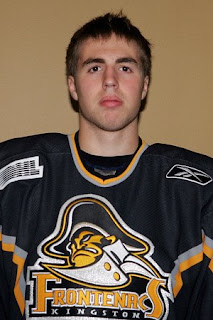 The NHL play-offs ended in a dramatic fashion with the underdog Penguins finishing on top. I loved the pictures that are floating around the internet of the Cup in Mario Lemieux’s pool. I think that this year’s play-offs was great for the game in the sense that they created a lot of excitement with all the game sevens that Americans really took attention to it and I think in doing so attracted a lot new fans.

At the end of the week I will be in Montreal to take in the draft and whenever my name is called it will be a great honour to be recognized by an organization, but I know that I will need to work even harder to become an national league player.