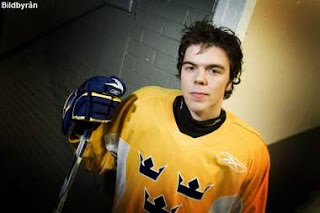 The Draft is under ten days away and as the big event gets closer we continue to preview it and the players involved. This week we spoke with a trio of potential first round picks including two that will definitely go inside the top 10. We also covered the 5th Canadian team in our cross country tour of draft previews.

Two weeks ago it was the Calgary Flames, last Tuesday it was Toronto, Vancouver and Ottawa. Yesterday we spoke with Stu MacGregor of the Edmonton Oilers who will be the man responsible for making the call at the draft for the copper and blue. We had enough to split it into two segments; the first deals with draft strategy under a new GM and how things have changed for Edmonton over the last few years. In the second part we threw some specific player names out and let MacGregor comment on them (including my Ryan Ellis / Kris Russell argument which he quickly tore into). Here are the links so that you can hear segment 1 and segment 2. 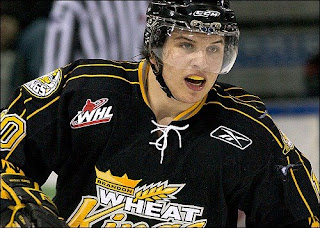 The first of the three players to join us was Brandon Wheat Kings forward Brayden Schenn. The sniper may very well end up going in the top 5 of the draft and a lot of people expect he'll become a Maple Leaf like his big brother Luke. Brayden was asked if he'd prefer playing elsewhere so he wouldn't be in Luke's shadow and he had an interesting answer to that. Schenn also talked about next year which could include the NHL, the World Junior Championship in his hometown of Saskatoon and also the Memorial Cup in Brandon. Hear from Brayden Schenn HERE. 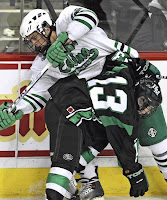 One player who seems to be gaining popularity as the draft gets closer is Minnesota High School player Zach Budish. The power forward was injured playing football in November and missed the entire season for Edina and yet many teams seem to feel he's might still be worthy of a first round draft pick. We spoke with the future Golden Gopher about the combine, the quality of league he played in and what he expects come June 26th. You can hear more from Zach Budish HERE. 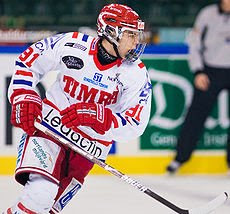 Finally, as promised, we played the interview with Swedish star forward Magnus Paarjarvi-Svensson that we taped last week. We began that conversation trying to get clarification on his name - what comes first? the Paarjarvi or the Svensson... maybe you can tell us because we're still not sure after hearing his answer! MSP (or MPS) then went on to talk about the draft, the season that was including the WJC and the U18s. We asked him about the potential lure of the KHL and if he might follow the example of other Swedes like Linus Omark. We also asked him if he regrets making the comments about Canada at the WJC ("If we score a couple of quick goals they will shit their pants") and you'll be entertained by his reply. Hear that exclusive TPS interview with the talented Swede... HERE.

Next week it's out annual ISS Draft Countdown Show with Mike Oke, the head scout from International Scouting Services, joining us for a complete rapid fire look at the entire draft class of 2009. If you've got a question for Mike, get it in via email to the St. Albert Source for Sports inbox today ( pipeup@thepipelineshow.com )! We also hope to complete the Canadian tour with Trevor Timmins of the Montreal Canadiens.
Posted by Guy Flaming @ 9:30 AM