KHL draft, big Vic on TPS, and the Flames opt into the first round 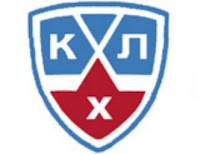 Here's a few interesting notes from the world of prospect hockey. The KHL held it's entry draft and a few players who were selected stood out for me. Jonathan Willis has a nice write up on this here at copper and blue.com. The complete list can be found courtesy of Nathan Fournier with World Of Junior Hockey
. 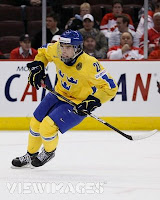 Most of the players grabbed were European who are playing overseas, there were some Euros who are skating with CHL and AHL teams, and even an NHL team in the case of Juri Tlusty. But a few Canadian juniors were grabbed in Taylor Hall and Zach Kassian. Would Hall head to the KHL next year? He'd play against better competition and make some cash, and if he was able to sign a one year deal could come back and play in the NHL after getting selected first or second overall in 2010. But why would the KHL only sign him to a one year deal. I don't see whichever NHL team drafts Kassian advising him to play in the KHL, but it could be an interesting bargaining chip for the player Magnus Paajarvi-Svensson is another high end draft pick for the NHL selection in June. He was taken 19th overall by Lokomotiv Yaroslavl, and he's a player I could see suiting up for a year in Russia if he doesn't get a suitable contract offer by whichever NHL team grabs him.

Speaking of talented Swedes. Guy and I just got off the phone with Victor Hedman. You'll be able to hear that interview Tuesday night on TPS We discussed everything from the combine to how he wasn't used properly at the WJC and how he's cheering for team Sweden in the Stanley Cup finals.

We also pre taped an interview with Flames Director of Scouting Tod Button about how Calgary will approach the draft now that they have a first round pick again. The Flames had the option of keeping this year's first rounder and giving Phoenix next year's pick as part of the Olli Jokinen deal. That will also alter our draft preview as we'll be including the Flames now.

One final note, Gregg Drinnan had this up at Taking Note and one of my WHL sources just let me know as well, that Marc Habscheid is about to be named head coach in Chilliwack. Habscheid's name has come up for just about every WHL job in the last few years, so we can finally stop speculating where he might land. He's been out of work (but still getting paid) since being fired as an assistant coach with Boston.
Posted by Dean Millard @ 5:46 PM